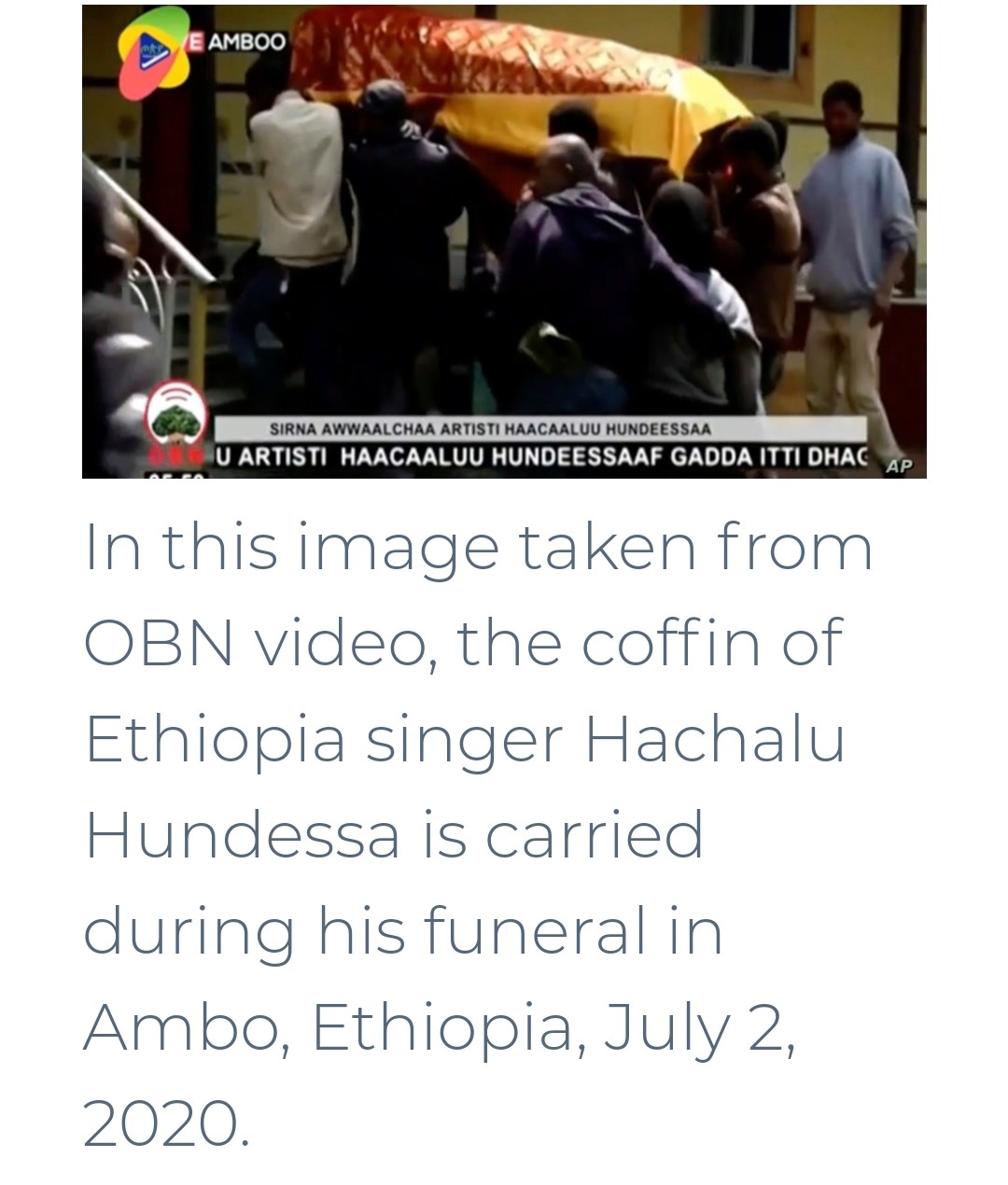 At least 150 people have been killed in the Oromia region of Ethiopia as riots following the killing of a popular singer continue.

Known for his political songs, popular singer Hachalu Hundessa death has heightened ethnic tensions in Ethiopia, as the protests spread to the Oromia region, where Hundessa was born.

Most of the deaths occurred in Oromia with others killed in the capital of Addis Ababa by security forces or in cases of inter-ethnic violence in the past week. At least 2,000 people have been arrested.