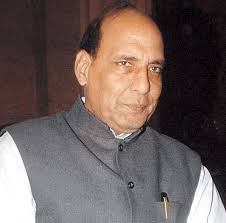 New Delhi:Rubbishing Aam Aadmi Party leaderArvind Kejriwal’s allegation against BJP of indulging in horse-trading for government formation in Delhi, former BJP chief and Home Minister Rajnath Singh today said his party doesn’t indulge in such practices.“BJP has never indulged in horse-trading. I can confidently say that BJP doesn’t indulge in horse-trading,” he told reporters here.On Kejriwal’s charge, Singh said that his party will never indulge in such a practice.Asked if some Congress MLAs were supporting BJP to form government in Delhi, he said that he does not have any knowledge about it.Kejriwal had yesterday charged BJP with trying to buy Congress MLAs after failing to lure AAP legislators.“After failing to buy any AAP MLA, BJP is now trying to buy 6 Congress MLAs. Price – Rs 20 crore each, 2 ministers and 4 chairmen (sic),” the AAP convener had said in a tweet.