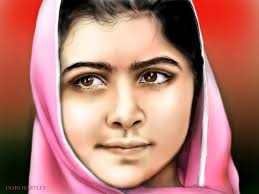 International
August 23, 2015August 25, 2015 sarkarimirror London: Pakistani nobel laureate Malala Yousafzai, who was shot in the head by the Taliban in 2011 for championing the cause of girls education

London: Pakistani nobel laureate Malala Yousafzai, who was shot in the head by the Taliban in 2011 for championing the cause of girls education, has reportedly been given two 24-hour armed guards in the UK after she was made a key target by terrorists.

The guards have been tasked to protect the 18-year-old rights activist because spy chiefs warn that threats against her have been growing, The Sun reported. “Her life’s been at risk since that failed murder attempt. But threats have grown significantly as her profile has become bigger,” a source was quoted as saying by the daily. “Being a Nobel winner and female education campaigner means she is seen as a global ambassador. Her elite police protection reflects this,” the source said.

The level of security given to Malala is usually accorded to ministers or other political VIPs. The report about increased security to Malala comes after she did exceedingly well in her GCSES whose results were released on Thursday. Malala did particularly well in the sciences, with top A* grades in biology, chemistry and physics – as well as in religious studies. She also scored A’s in history, geography, English language and English literature.

In October 2011, a gunman had intercepted her school van in Pakistan’s Swat. After the then 14 year-old identified herself, the gunman opened fire hitting her in the head and injuring two of her friends. Thinking her to be dead, the gunman fled. Malala, however, survived the attack. After initial treatment in Islamabad, she was flown to the Queen Elizabeth Hospital in Birmingham for further treatment. Since then, she has gone on to champion rights for the girl child and education for girls. Last year, she was awarded the Nobel Peace Prize along with India’s Kailash Satyarthi.