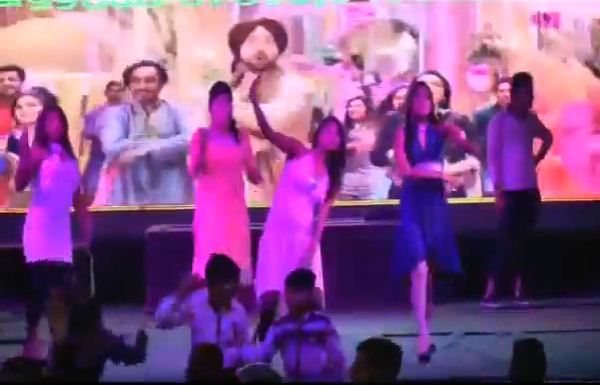 A 22-year-old dancer was shot dead on stage in Punjab’s Bathinda district by a drunk man after he was not allowed to dance with her troupe.

The incident happened on Saturday night during the wedding of a local commission agent’s son in Maur here where the deceased, identified as Kulwinder Kaur, was performing with her dance troupe. A group of the groom’s friends, who were allegedly drunk, were firing in the air and tried to come on to the stage to join the dancers, police said.

On being prevented from dancing on stage, one of the men from the group, Billa, allegedly opened fire with his .12 bore gun, hitting Kulwinder in the head. Video footage of the incident shows the victim collapsing after being shot at from close range. “She died on the way to hospital,” Bathinda DSP (Maur) Davinder Singh said on Sunday.