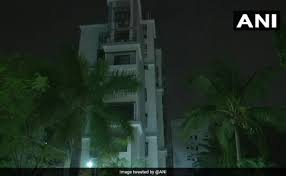 Ravi Shankar Alok, a resident of Seven Bungalows area in Andheri West, ended his life by jumping off the roof of the building where he lived at around 2 pm on Wednesday, a police official said.

No suicide note was found on his body or in his house, the official added.

As per the preliminary information, he was suffering from depression and was undergoing psychiatric treatment, he said.