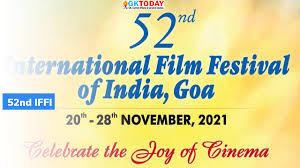 To reminisce and celebrate the glory of Indian cinema, the 52nd International Film Festival of India will showcase 18 selected films across the nation under the banner India@75. This is being organized as a part of the ongoing celebrations to commemorate 75 years of India’s independence, ‘Azadi Ka Amrit Mahotsav’.

The following is the selection of films under India @ 75: