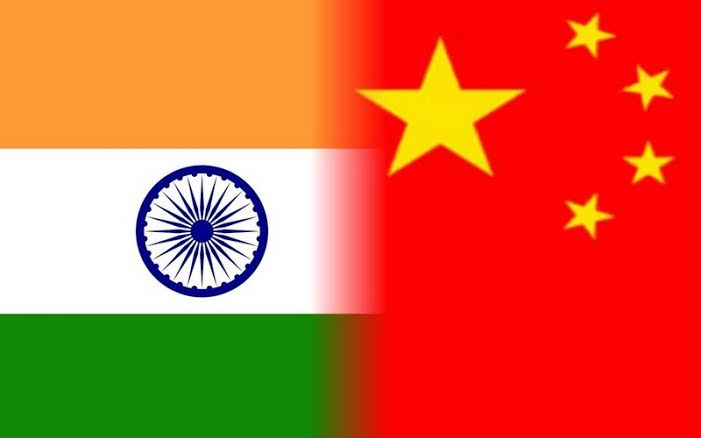 New Delhi, Dec 28  After much of India-China ties in 2017 were under the shadow of the Doklam incident, sources here said on Thursday that ties between the two major Asian powers have not only returned to normalcy but have also heightened in 2018.

“India-China relations are not just back to normal but heightened,” a source here said.

After the armies of India and China were locked in a 73-day face-off situation last year at Doklam on the India-Bhutan-China international trijunction, Chinese President Xi Jinping, in a bid to reset ties, hosted an informal summit with Prime Minister Narendra Modi in Wuhan in April this year.

During the summit, Modi and Xi agreed that improving people-to-people ties will help in boosting bilateral relations.

Both leaders agreed to set up and India-China High-Level Mechanism on People-to-People Exchanges, the first meeting of which was held here earlier this month, co-chaired by External Affairs Minister Sushma Swaraj and and Chinese State Councillor and Foreign Minister Wang Yi.

Apart from Wuhan, Modi and Xi met three more times – on the sidelines of the Shanghai Cooperation Organisation (SCO) Summit in the Chinese city of Qingdao in June, the BRICS (Brazil, Russia, India, China, South Africa) Summit in Johannesburg, South Africa, in July and the G20 Summit in Buenos Aires, Argentina, earlier this month.

Pointing out that four summit-level meetings in a single year is something unprecedented, the sources said that political dialogue between India and China has been restored, defence relations are back on track, and annual defence contacts suspended last year have been resumed.

According to the sources, India-China border mechanisms are also working in an efficient manner with border meetings and flag meetings taking place regularly.

After China enhanced data sharing of rivers Brahmapautra and Sutlej on a real-time basis, New Delhi now wants this to be expanded to other rivers as well, it is learnt.

However, the Indo-Pacific region and China’s Belt and Road Initiative (BRI) are two issues that the two neighbours could not quite converge on.

China did appreciate Modi’s speech at the Shangri-La Dialogue in Singapore in June in which he said that India and China had shown wisdom and maturity in handling their complex relations and “Asia and the world will have a better future if the countries work together with trust and confidence, keeping in mind each other’s interests”.

“But China has doubts about the concept of Indo-Pacific,” the source said.

India, along with the US, Japan and Australia, are part of a quad that was revived last year seeking to work for prosperity in the Indo-Pacific, a region stretching from the east coast of Japan to the east coast of Africa.

The quad’s revival assumes significance given China’s growing influence in the region and aggressive attitude in the South China Sea.

India also has reservations on Chinese President Xi’s pet BRI, with the China-Pakistan Economic Corridor (CPEC) that passes through Pakistan-occupied Kashmir being a real cause of concern for New Delhi.

“Our position on BRI is very clear – connectivity initiatives must be based on universally recognised international norms, good governance, rule of law, openness, transparency and equality,” the source said.

“Connectivity initiatives must follow principles of financial responsibility to avoid projects that would create unsustainable debt burden for communities; balanced ecological and environmental protection and preservation standards; transparent assessment of project costs; and skill and technology transfer to help long term running and maintenance of the assets created by local communities.”

Stating that connectivity projects must be pursued in a manner that respects sovereignty and territorial integrity, the source said that the CPEC is a direct challenge to India’s sovereignty.

Though China’s economic presence in the region has been increasing because of the BRI, many countries have already started murmuring about the debt traps they are coming under for participating in it, according to sources.

Both sides have agreed to export of Basmati and non-Basmati rice and sugar from India.

“We hope to see increase in soyabean and rapeseed oil