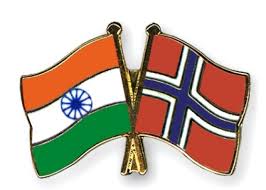 The Ministry of Environment, Forests and Climate Change today signed a letter of Intent establishing the India-Norway Marine Pollution Initiative together with the Norwegian ministry of Foreign Affairs.

In January, 2019, the Indian and Norwegian governments agreed to work more closely on oceans by signing a MoU and establishing the India-Norway Ocean Dialogue during the Norwegian Prime Minister’s visit to India in January.

A joint Task Force on Blue Economy with government officials, researchers and experts as well as private sector was established to develop sustainable solutions within strategic areas of the blue economy, such as maritime and marine sector in addition to energy sector.

In partnership, Norway and India will share experiences and competence, and collaborate on efforts to develop clean and healthy oceans, sustainable use of ocean resources and growth in the blue economy.

Both the governments launched the first Joint initiative under this new partnership. The India-Norway Marine Pollution Initiative will combat marine pollution, which is one of the fastest growing environmental concerns.

Through a range of implementing partners, this initiative will seek to support local governments in implementing sustainable waste management practices, develop systems for collecting and analyzing information about sources and scope of marine pollution and improve private sector investment. Support will also be directed towards beach clean-up efforts, awareness raising campaigns and pilot project using plastic waste as fuel substitution for coal in cement production and developing frameworks for deposit schemes.