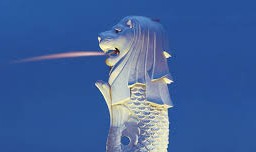 Singapore, March 11:  Singapore has been ranked the world’s most expensive city to live in, a survey released on Thursday showed.

Hong Kong has moved up in the ranking to the second place with Zurich in Switzerland, Xinhua news agency reported.

Singapore had the highest score of 116 while Zurich and Hong Kong had 114, the Economist Intelligence Unit’s (EIU) latest report on worldwide cost of living showed.

These increases are set against a backdrop of global volatility, with falling oil and commodity prices as well as currency devaluations and geopolitical uncertainty playing a part, said the report.

Only eight cities of the 133 surveyed saw their ranking position remain unchanged in the last 12 months.

Shanghai is now as expensive as Tokyo, which was the world’s most expensive city most of the times in the last two decades.

Despite drastic declines in many Eurozone locations, Paris remains the fifth most expensive city in the world.

The US dollar has reached 10-year highs, pushing up the cost of living across the US compared to other locations, especially ailing Latin American countries.

New York is now among the 10 most expensive cities globally for the first time since 2002.

South Asian cities continue to offer the best value for money. Cities in India and Pakistan account for five of the 10 cheapest cities.

The bi-annual survey by EIU compares over 400 individual prices across 160 products and services.