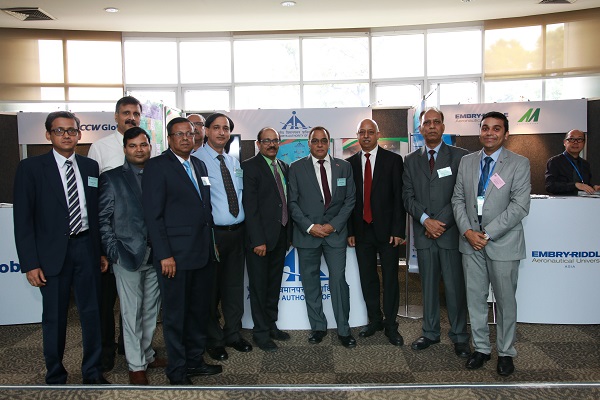 A delegation led by Mr. S. Suresh, Member (ANS), Airports Authority of India represented the country at the Asia Pacific meeting and showcased its technical competence through a well-represented stall.

Graeme Harris, Chairman, APANPIRG and Chief Executive Director of Civil Aviation of the Civil Aviation Authority of New Zealand while elaborating the role India has to play in the future of global civil aviation, said that APAC is geographically a huge region and has the largest civil aviation growth. India plays an important role in the region. APAC region needs to ensure that as far as civil aviation is concerned, all the member states progress together. Keeping in mind ICAO’s campaign of ‘No Country Left Behind,’ India and China are expected to play a significant role in future. These two growth centres in Asia are going to be far more important on the global civil aviation map. India, in particular can assist other countries in the region increasingly contributing the benefits of its experience and expertise.

While rounding up the importance that events like APANPIRG in the global civil aviation scenario have; Mr. Arun Mishra, Regional Director, Asia and Pacific Office of ICAO said “APANPIRG is one of the most important regional events of ICAO in relation to air navigation services. This year we saw a record participation from more than 175 delegates from 30 ICAO member states and seven international organizations. It is heartening to see that AAI has been proactively participating in this meeting since a long time and decided to show its technical prowess through a dedicated booth. Through its participation, AAI has been contributing significantly to the technical discussions of the meeting.”

“AAI has been using cutting-edge technology and has a futuristic approach towards solving the problems it faces in air navigation, air traffic flow management etc. We are participating in this event and are showcasing the progress that we have made in tackling various challenges in the field of ANS, a lot of neighbouring countries have been enquiring it. In future, I see a lot of them benefitting from our experience. This event is a good initiative by ICAO and well in line with its campaign of ‘No Country Left Behind,’ said S. Suresh, Member (ANS), Airports Authority of India.

Major conclusions and recommendations in the area of Global Air Navigation Plan and safety plans have been drawn up from preceding conferences for managing the rapid air traffic growth in the coming decades.