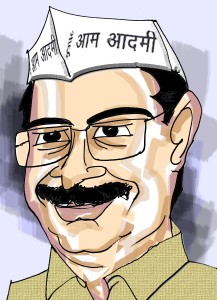 New Delhi :In a move to promote the odd-even scheme, the Delhi government on Sunday announced that it will run six special buses to ferry MPs for the Parliament Session starting Monday and appealed to the lawmakers to follow the odd-even rule.

“I have appealed to all MPs to follow the odd-even rule. In order to facilitate the lawmakers, we have decided to run six ‘MP Special’ buses to ferry them to Parliament,” Delhi Transport Minister Gopal Rai tweeted.

Mr Rai said he also spoke with Lok Sabha Speaker Sumitra Mahajan over telephone and sought details from her on the MPs attending Parliament.

“I have apprised her (Mahajan) of the Delhi government’s decision to run six special buses for MPs and if required, we will run more buses.”

The DTC will operate two ‘MP Special’ buses each from North Block and South Block from 9 am, one each from Akbar Road and Ashoka Road, he said.