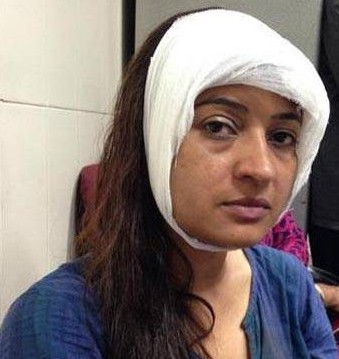 Lamba started her anti-drugs drive around 5 AM and was standing in front of Shiv Mishthan Bhandar, allegedly owned by a BJP MLA, when a man in the shop hurled a stone at her, national spokesman of AAP, Sanjay Singh, said at a press conference here.

The Chandni Chowk MLA received head injuries and was rushed to Aruna Asaf Ali Hospital, where she she was discharged after treatment.