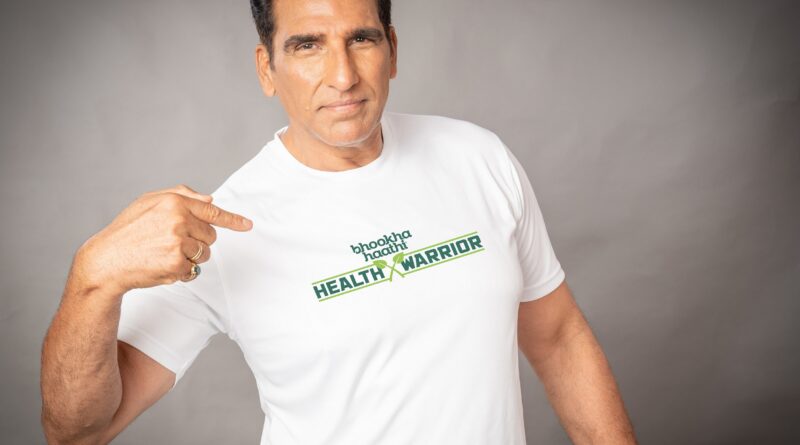 Mukesh Rishi is an Indian actor and film producer who works primarily in Hindi and Telugu films. He has done 180 films in 8 different languages. The 65-year-old actor got his first break in Hindi cinema in 1988 and has since, established himself as a leading character actor. He is a health and fitness enthusiast and has strong aversion towards tobacco and non-tobacco-based harmful chewables. In the past, he has been offered many brand endorsements for unhealthy chewable products

but has always denied them as he doesn’t believe in promoting something that he, himself doesn’t consume.

According to Kusum Bhandari, Co-Founder – Bhookha Haathi, “Currently, the main focus of our brand is our proprietary dry fruit & nut refresher which is World’s First Healthy Chew and a perfect replacement to tobacco and non-tobacco-based harmful chewables. It also works well as digestive and has many health benefits such as lowering cholesterol, anti-infective, anti-ageing etc. We found Mr. Mukesh Rishi to be the perfect fit as our brand promoter as he stands for the same values as our brand does.”

Other products from Bhookha Haathi stable include their proprietary caffeine-free chickpea filter coffee which is a healthy replacement to regular caffeinated coffee and a range of raw and wild honey.

#No To Chewing Tobacco – Actor/Producer Shri. Mukesh Rishi joins hand with Bhookha Haathi to promote the brand and our range of 100% natural and organic products