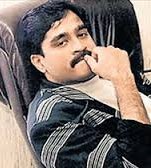 The arrest of these two terrorists have encouraged not only the government but the  security agencies too.Union Home minister,Sushil Kumar Shinde in an interview to a channel has said that India will engage United States to find Dawood Ibrahim who is in a hideout in Pakistan according to Intelligence reports.Shinde further said  that to arrest 1993 mumbai attack and several other  terrorist attack mastermind Dawood Ibrahim we have proposed to engage US for  a joint action on this.

Shinde said during the conversation that we have caught several most wanted terrorists . As far as Dawood Ibrahim is concerned, we are already in contact with the FBI. Against Dawood  a  red corner notice has already  been issued.Shinde further said that Dawood is in Pakistan only and there is no second thought to that.We will ask US to put pressure on Pakistan to handover Dawood to INDIA said Shinde.