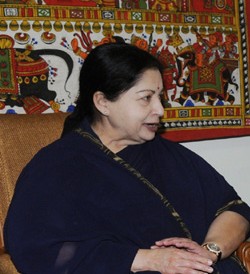 Bracing up for the anticipated entry of AIADMK supporters and leaders into the city through the Hosur border, the police have tightened security in and around the High Court and the Parappana Agrahara Central Prison where Jayalalithaa  has been lodged since September 27.

The High Court vacation bench had on October 1 deferred till October 7 pleas of Jayalalithaa and her close aide Sasikala  and her relatives V N Sudhakaran and Elavarasi, who were also convicted in the case, to be taken by a regular bench after the end of the Dasara vacation.

“We have made all security arrangements to avoid any untoward incidents. We have information on a lot of AIADMK supporters and leaders flocking to the city from the border areas of Hosur,” Additional CP (Law and Order) Alok Kumar said here.

The police are prepared for the influx of AIADMK supporters and leaders who are camping in various lodges and resorts on the eve of Jayalalithaa’s bail plea hearing, Kumar said.

“Let them come. We have handled the situation on earlier occasions — on the verdict day and bail plea hearing days. We will handle the situation this time too,” Kumar said.

Section 144 of the CrPC has been clamped within one km radius of the High Court and Parapanna Agrahara prison, where Sasikala, Sudhakaran and Elavarasi are also lodged. Courtesy-Agencies(PTI)