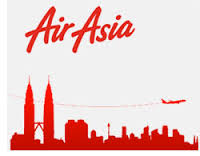 “At the present time we unfortunately have no further information regarding the status of the passengers and crew members on board, but we will keep all parties informed as more information becomes available,” it said.
No distress signal had been sent from the missing plane, said Joko Muryo Atmodjo, air transportation director at the Indonesian Transport Ministry, according to Reuters.

The missing plane’s captain, who goes by only one name, Iriyanto had a total of 6,100 flying hours, AirAsia says.

The aircraft was an Airbus A320-200 with the registration number PK-AXC.

“At this time, search and rescue operations are in progress and AirAsia is cooperating fully and assisting the rescue service,” the statement said.

The plane lost contact somewhere between Kalimantan and Belitung island, Hadi was quoted as saying.

An Indonesian transport official confirmed that seven crew and 155 passengers were on board.

Nationalities of passengers and crew onboard is one Singaporean, one Malaysia, three South Koreans and 157 Indonesians.