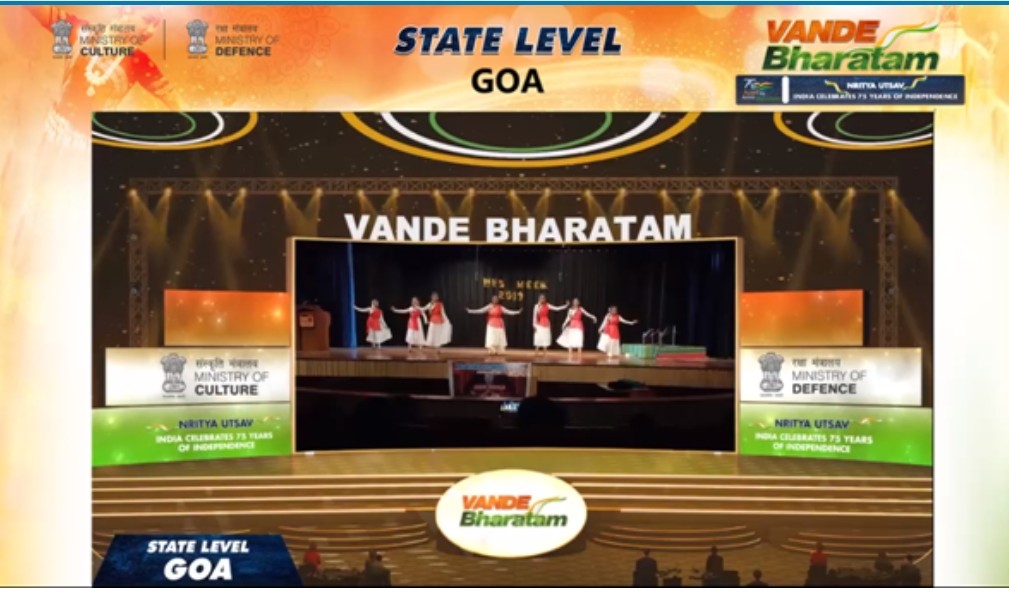 Vande Bharatam, Nritya Utsav (the Dance Competition) being held to select the best talent to perform at the Republic Day Parade on 26thJanuary, 2022 in New Delhi, has reached an exciting stage. The first zonal level event of this competition will be held tomorrow (December 9th, 2021) at Kolkata. More than 20 winners of the State level Competitions held in various states of the Eastern Zone will take part in this event. Groups from Manipur, Mizoram, Tripura, Meghalaya, Assam, West Bengal, Jharkhand, Odisha, Chhattisgarh, Bihar, Sikkim, Arunachal Pradesh and Nagaland were eligible.

This is for the first time that dance groups to perform in a Republic Day Parade are being chosen based on an all India level competition. Vande Bharatam Dance Competition has been organised as part of Azadi Ka Amrit Mahotsav to celebrate 75 years of Independence.

This is a unique initiative of Ministry of Defence and Ministry of Culture to commemorate the 75th year of India’s Independence being celebrated as Azadi Ka Amrit Mahotsav. TheVande Bharatam ompetition which began at District level on 17th Nov saw participation of more than 3,870 contestants in 323 groups. Those who cleared the screening at the district level took part in State level competition from 30th November, 2021. More than 20 virtual events were conducted for the State-level competition over a span of 5 days till 4th December 2021. More than 300 groups were selected for the state-level comprising of 3,000 dancers/participants.Thus, over a period of one month the event gave an opportunity to all aspirants to showcase their talent to win a slot at National level.

During the first Zonal level event in Kolkata, the rich dance forms, music, songs of India in classical, folk, tribal and contemporary forms will be performed. The event will be held at Science City Auditorium at Kolkata from 10.00am onwards.

Similarly Zonal level events will be held in Mumbai on 10th December 2021, Bengaluru on 11thDecember, 2021 and New Delhi on 12th December, 2021.  The Zonal Level competitions will be broadcast LIVE on the official Facebook page & YouTube channel of Vande Bharatam along with the website vandebharatamnrityautsav.in and mobile application.

Over 2,400 participants from 200 plus teams have been short-listed for the zonal level competition. Selected teams from this round will progress to the Grand Finale which will be held in New Delhi; top 480 dancers declared as winners will perform on the Republic Day Parade held at Rajpath, New Delhi on 26th January 2022.