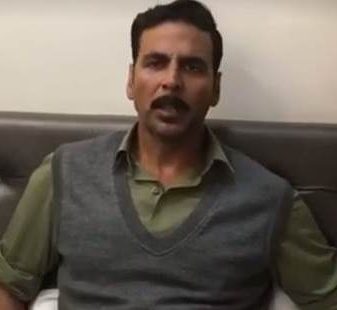 Ever since 19 Indian soldiers lost their lives in the dastardly Uri attacks, the nation has remained on a boil. Adding fuel to fire is the multiple newsroom debates where Indians are arguing amongst themselves. And to make matters worse, there is the political call to ban Pakistani actors.

Evidently angry at the turn of events in India post the attacks, an angry Akshay Kumar spoke his mind through a video message posted on his Facebook account.

Said Akshay, “I am not talking to you as a star or celebrity. I am talking to as an army man’s son. I have been noticing since long that in news and newspapers our own countrymen are arguing with each other. Some are asking for surgical strikes proof. Some are demanding that artists be banned. Some are scared of whether a war will happen or not.

Gentlemen, please argue later. First please think about those who have laid down their lives for you at the border. 19 jawans attained martyrdom in Uri attacks. One 24 -year-old soldier Nitin Kumar sacrificed his life in Baramulla. Are their families and every other army family concerned about whether a film will release or not or will an artist be banned or not? They have just one worry, just one concern- their future. We should be see to it that their present and future should be correct and secured. They are there guarding us and that is why I and you are alive today. If they are not there to guard us, Hindustan will not be left.Jai Hind.”