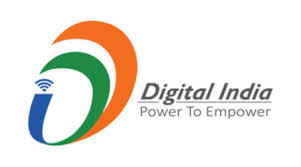 Bengaluru, Dec 8 Nearly 43 per cent of Indian enterprises will adopt Hybrid Cloud by 2020 — from 13 per cent as of today — and the country will lead the world in Hybrid Cloud usage and adoption over the next two years, a global report said on Thursday.

Hybrid Cloud is a computing environment that uses a mix of on-premises, Private Cloud and third-party, Public Cloud services with orchestration between the two platforms.

According to the report, Hybrid Cloud can provide enterprises with benefits such as greater workload flexibility, simplicity in processing big data, broader use of cross platform IT services, enhanced data security and compliance, dramatic cost reduction and greater business growth.

The report identified cloud experiences, priorities and trends of Indian enterprises and how they compare globally and in Asia Pacific and Japan (APJ) region.

For India, 91 per cent of respondents agreed that Cloud computing has increased the efficiency of their IT departments.

“Eighty-one per cent opined that mobility of applications between cloud environments is essential and 61 per cent believed that having a simple way to move workloads from cloud to cloud and from cloud to on-premise infrastructure will solve a lot of problems,” the findings showed.

India will convert much of its Private Cloud usage (38 per cent) to Hybrid usage, as its use of private clouds is expected to drop by about a third (23 per cent) during the same period.

Data security and compliance were ranked as the single biggest benefit of using a public cloud, on average, globally.

“India also seemed to value agility, scalability and cost reduction less – and ease of management more – than its regional and global counterparts,” said the report.

The report surveyed nearly 2,300 respondents from multiple industries in the Americas, Europe, the Middle East, Africa