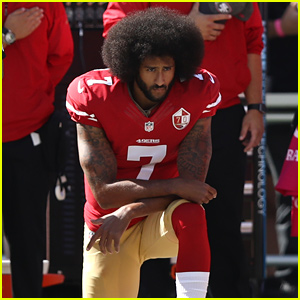 Colin Kaepernick, who protested against inequality in the United States by kneeling during pre-game anthems, is the face of a new advertising campaign by Nike.

But just hours after Nike revealed its Just Do It campaign – featuring a close-up of Kaepernick’s face with the words: ‘Believe in something. Even if it means sacrificing everything’ – people are destroying trainers.

People upset at the appointment of a former NFL quarterback who protested racial inequality as the new face of Nike, have started burning their own shoes.