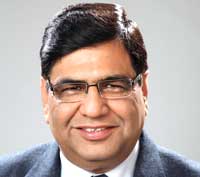 New Delhi: Bharat Heavy Electricals Ltd (BHEL) on Tuesday  in a regulatory filing said that Atul Sobti will be its next Chairman and Managing Director and will take charge on or after 1 January. “The government has approved the appointment of Atul Sobti, Director (Power), BHEL, as CMD, BHEL for a period of five year