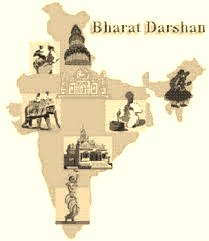 New Delhi: Emphasising the need for enhancing the knowledge base of children by not restricting them only to classrooms, Chief Minister Sheila Dikshit on Thursday announced that students of Delhi government schools will soon be sent on “Bharat Darshan” trips at least once in their 12 years of study period.

The chief minister said that schools in Delhi are the best in the country and as an “humble gift” to the teachers, the government has extend their retirement age from 62 to 65.

“We have recently established a children’s academy. Many people had various apprehensions about the academy. Our goal is not to keep our children only inside the classroom but also give them knowledge about the outside world,” she said on the sidelines of a function on Teachers’ Day.

“The first programme which we have thought about through this is taking the children at least once on a Bharat Darshan trip. The children should learn about various aspects of our country. This will enhance the children’s knowledge and reach,” said the chief minister.

Praising the teachers in various schools, she said the teachers and the students in Delhi are the best in the country.