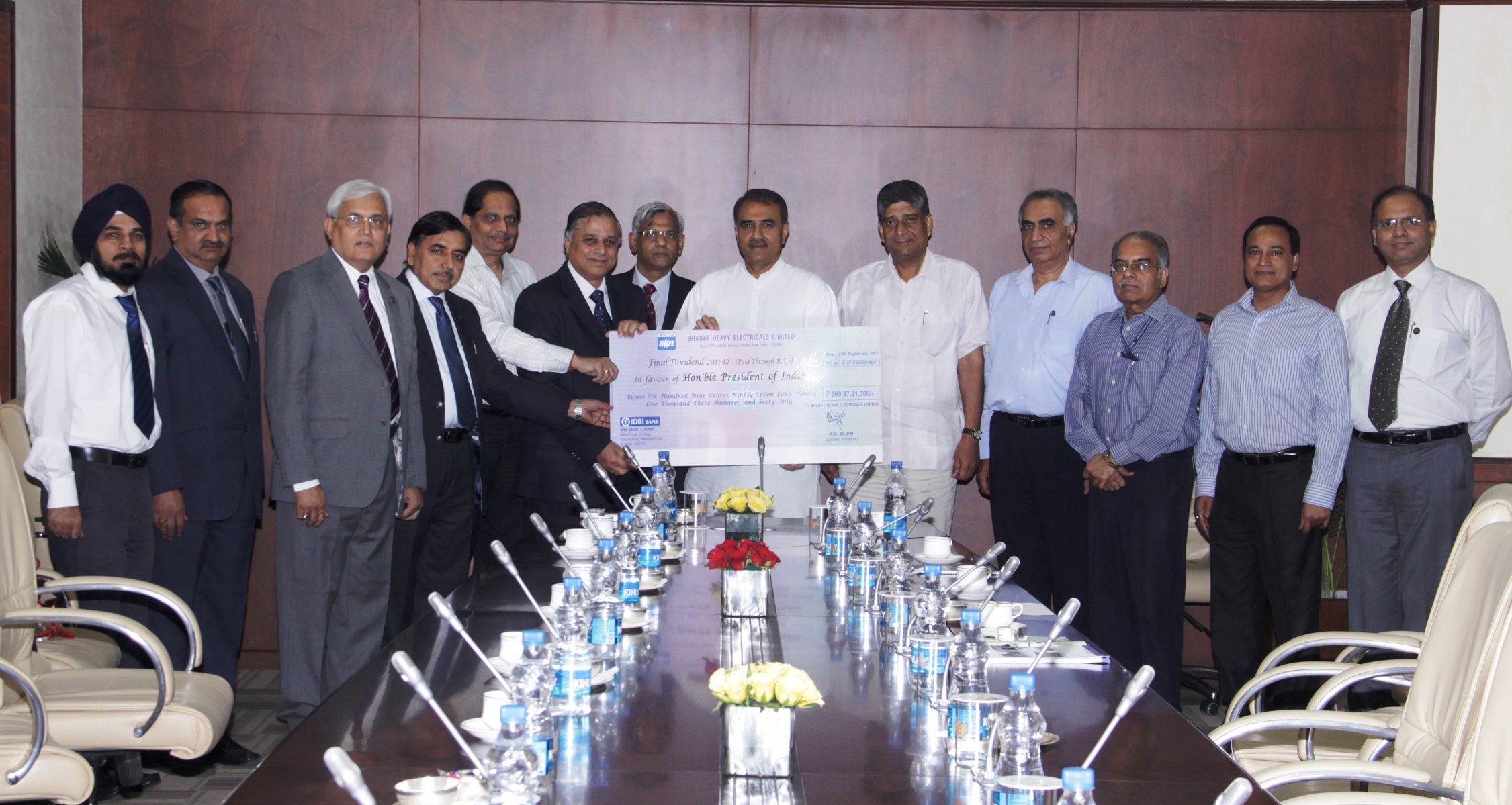 New Delhi, October 9: With a final dividend payout of 184%, Bharat Heavy Electricals Limited (BHEL) has paid an equity dividend of 320% for fiscal 2011-12, as against 311.5% paid in the year before. At Rs.1,567 Crore, this is the highest-ever dividend in percentage as well as value terms paid by the company so far.

With this, the company has maintained its unmatched track record of earning profits and rewarding investors by paying dividends uninterruptedly for over three decades without a break.

A cheque of Rs.609.98 Crore towards the final dividend for the year 2011-12 on the equity  (67.72%)  held  by  the Government of India, was presented here today to Mr. Praful Patel,  Hon’ble Union Minister for  Heavy  Industries  and  Public  Enterprises by Mr. B.P. Rao, Chairman and Managing Director, BHEL, in the presence of Mr. S. Sundareshan, Secretary, Department of Heavy Industries.

Directors on the board of BHEL as well as other senior officials of the Ministry of Heavy Industries & Public Enterprises and BHEL were also present on this occasion.

In fiscal 2011-12, despite difficult market conditions, BHEL maintained the growth momentum achieved in the year before, with a top line growth of 20% and an all-time high Turnover of Rs.49,510 Crore. The company also recorded a quantum jump of 24% in its Profit After Tax (PAT) which was also the highest-ever at Rs.7,040 Crore. Significantly, with this BHEL has become eligible for ‘Maharatna’ status.

With an order book position of nearly Rs.1,33,000 Crore at the end of the first quarter, the company expects to achieve robust growth in 2012-13 and beyond.

BHEL has been committed to the nation’s power development programme and has reaffirmed its commitment to the Indian Power Sector by equipping itself by way of contemporary technology, state-of-the-art manufacturing facilities and skilled technical manpower. Significantly, the company has established the capability to deliver power plant equipment of 20,000 MW per annum