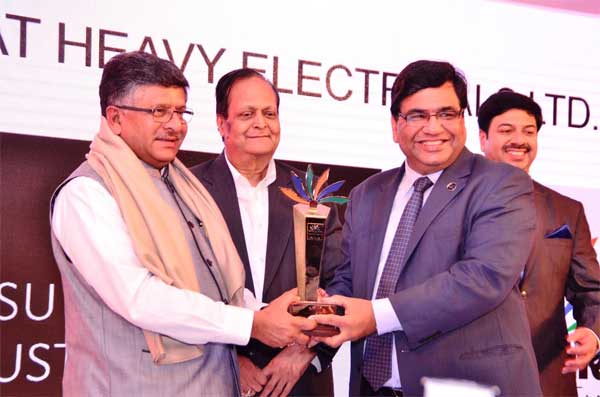 For the seventh consecutive time, BHEL has been conferred the India Pride Award 2015-16 for Excellence in Heavy Industries. Significantly, BHEL has been winning this award every year since the award was instituted. The award was received by Atul Sobti, CMD, BHEL, from Ravi Shankar Prasad, Union Minister of Communications and Information Technology.