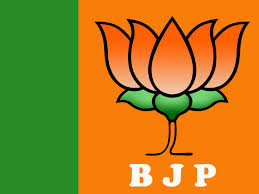 BJP today hit out at former Jammu and Kashmir chief minister Omar Abdullah, accusing him of “adopting double standards” while in and out of power.

“We strongly condemn the utterances of Omar Abdullah. He had been an opportunist whose past itself stands witness to his politics of compromise on the so-called principles”, BJP State General Secretary Narinder Singh alleged.

Addressing reporters, Singh said Omar today says in public that he will “never enter” into alliance with BJP and rather quit politics than compromising with the honour and dignity of the state. This nothing but a reflection of frustration after NC being given humiliating defeat in the Assembly elections.

He said that it is funny that the leaders like Omar Abdullah”adopt double standards while in chair and when out of power”.

“It is not politics aimed at serving the state or its people but a game of opportunism,” Singh said.

The BJP leader said people of the state, Jammu province in particular, had given mandate to BJP to form the government and our party did nothing wrong to honour the verdict of the people.