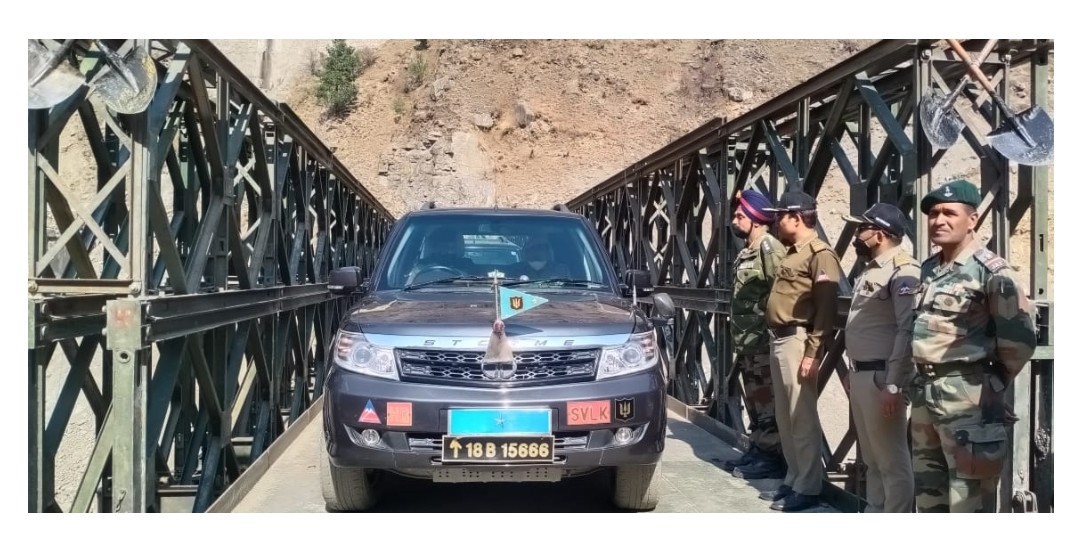 A 200-feet Bailey Bridge, built by Border Roads Organisation (BRO) in Reini Village on Joshimat – Malari road across the Rishiganga River was thrown open for public on March 03, 2021. With this, BRO has restored connectivity, in a record time of 26 days, to the 13 border villages of Uttarakhand’s Chamoli district that were cut off due flash floods on February 07, 2021.

DG BRO Lt Gen Rajeev Chaudhry lauded the efforts of the personnel of 21 Border Roads Task Force (BRTF) of Project Shivalik and the Chief Engineer Project, Shivalik and his team of Karma Yogis who worked round-the-clock to achieve this feat. He said, BRO has named that bridge as ‘The Bridge of Compassion’ as a tribute to the fallen Karma Yogis of Renie Power Plant & NTPC Power Plant. He thanked the state government for providing support and assistance to BRO in completing this difficult task.

On February 07, 2021, the Glacial lake outburst flood (GLOF) in Rishiganga River had washed away a 90-metre RCC Bridge near Reini Village on Joshimat – Malari road. The bridge was the only link to Niti Border in Chamoli district. The GLOF had also washed away a hydro-electric plant located at the same site. More than 200 workers of the hydro-electric plant were trapped.

The BRO swung into action by deploying 20 small teams consisting of 200 personnel of 21 BRTF under Project Shivalik in the affected area for relief and rehabilitation work. More than 100 vehicles/equipment and plants that included 15 Heavy Earth Moving equipment/machinery like Hydraulic Excavators, Dozers, JCBs and Wheel Loaders etc were pressed into service. BRO also inducted critical equipment with the help of Indian Air Force.

The task was very challenging due to the steep cliff on far bank and 25-30 metres debris/muck on the home bank and non-availability of working space on either side.