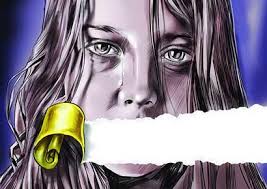 New Delhi: A 23-year-old married woman was allegedly gangraped in a moving car by four unidentified assailants in Dwarka area of southwest district late on Wednesday night.According to the police, the incident took place after the victim took a lift in a Swift car.

“The victim, who was returning from Gurgaon on Wednesday night, was waiting at NH-8 for a lift till her residence in Nihal Vihar,” the police said, adding that “a white-coloured Swift came and she took a ride in the car.” The police added that she was not forced to sit in the car. Later, the police said the victim was allegedly gangraped by the four at gunpoint and `5,000 cash was also robbed from her. The victim was later dumped at Uttam Nagar.

The accused threatened her of dire consequences if she informed anyone about this incident. The victim then called the police and she was taken to a nearby hospital where her medical examination confirmed rape. A case was registered at the Dwarka police station and further investigation is on.

The police said that from preliminary investigation, it seems that there was an argument over exchange of money after which the incident took place.The victim stays with her husband in Outer Delhi’s Nihal Vihar locality.