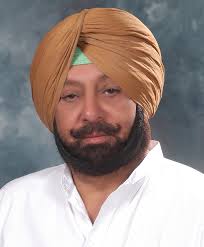 The Punjab Government is likely to recommend to the Election Commission that polling to the 126 Urban Local Bodies (ULBs) of the state be held in the second week of October, though the final decision in this regard would be subject to the Covid situation.

Though as per the provisions of the Punjab Municipal Act, these elections are due to be held by September 2020, it was felt at a Video Conference (VC) meeting of the ministers, chaired by Chief Minister Captain Amarinder Singh, that the final decision in the matter should be taken only after seeing the Covid developments over the next few weeks.

The Chief Minister pointed out that the pandemic was projected to peak in Punjab in September, and hence it would be better to take all developments on that front into account before finalising the recommendation to be made to the Election Commission on the conduct of the elections to the corporations and municipalities.

The meeting ruled out the possibility of conducting the polls next month, given the increasing number of Covid cases in Punjab. It also took note of the fact that the procurement and festival season would start towards mid-October, and it would not therefore be feasible to hold the elections during that period. All the ministers, however, agreed that the ULB elections should be held at the earliest possible, taking all these factors into account.