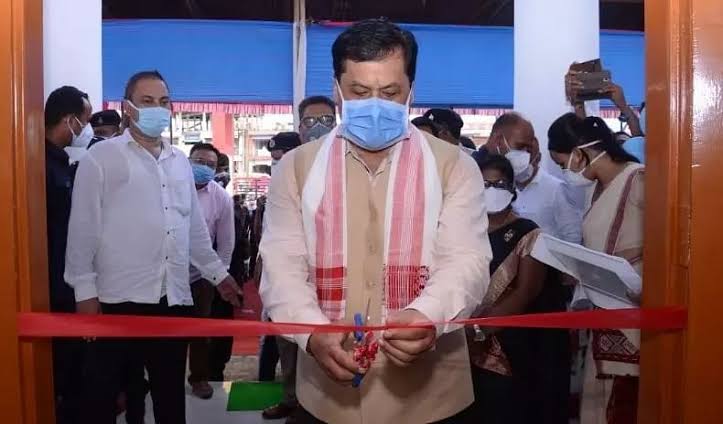 Speaking in a low key function held on the occasion, Chief Minister Sonowal said that the State Government following Prime Minister Narendra Modi’s call for smart police took up the initiative to modernize the police force and equip it with advanced technology and skills. He said that the State government in its first budget announced MOITRI scheme to construct new buildings for 350 police stations in the State in phase manner, Accordingly, steps were taken and the government has nearly completed infrastructure development of 73 buildings in first phase, he said.

The Chief Minister said that the police force has tremendous responsibility and they have to put sincere and committed efforts to win people’s confidence. He said that to earn people’s faith, people personnel would have to master humanitarian values such as promoting peace, unity, brotherhood and friendship

Appreciating the role played by the police force in the fight against COVID-19, the Chief Minister said that though more than 600 police personnel have tested positive, the State police force is rendering dedicated service to the people amid adversity

DGP Bhaskarjyoti Mahanta while delivering speech lauded the Chief Minister’s role in boasting the morale of the police force. He informed that the government would construct 200 barracks, out of which work for 100 barracks would start soon. Besides, a modern building with boarding capacity for 2400 police personnel would be built in Guwahati, the DGP said.