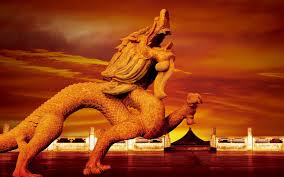 CHINA has reportedly commissioned a “preliminary research study” to build an international rail link connecting its border province of Xinjiang to Pakistan , a contentious project from India’s perspective as it runs through Pakistan-occupied Kashmir(PoK).China has allocated funds for preliminary research on building an international railway connecting its westernmost city of Kashgar in Xinjiang with Pakistan’s deep-sea Gwadar Port  on the Arabian Sea, state-run China Daily quoted the director of Xinjiang’s regional development and reform commission, Zhang Chunlin as saying today.“The 1,800-km China-Pakistan railway is planned to also pass through Pakistan’s capital of Islamabad and Karachi,” Zhang said at the two-day International Seminar on the Silk Road Economic Belt being held in Urumqi, Xinjiang’s capital.“Although the cost of constructing the railway is expected to be high due to the hostile environment and complicated geographic conditions, the study of the project has already started,” Zhang said apparently referring to recurring attacks carried out by extremist groups in Pakistan.Xinjiang itself is in a restive state due to attacks by East Turkestan Islamic Movement (ETIM) militants within the province as well as in Beijing and other Chinese cities.The province bordering PoK and Afghanistan experienced riots in recent years following protests by Muslim Uygurs over increasing settlements of Han Chinese from other provinces.China and Pakistan have already signed a multi-billion-dollar deal to construct an Economic Corridor through PoK connecting Kashgar with Gwadar by improving the existing Karakorum road link, though analysts in China questioned its feasibility in view of present conditions.India has reportedly conveyed its reservations in this regard to China as it is being constructed through the disputed territory.“We will consider opening (land) ports to Afghanistan and India once social stability can be ensured. After all openness is the foundation of boosting trade,” Zhang said.Though the rail project was in the air for some time, the announcement came as China and India are set to mark 60 year celebrations of Panchsheel, the five principles of peaceful coexistence here today.