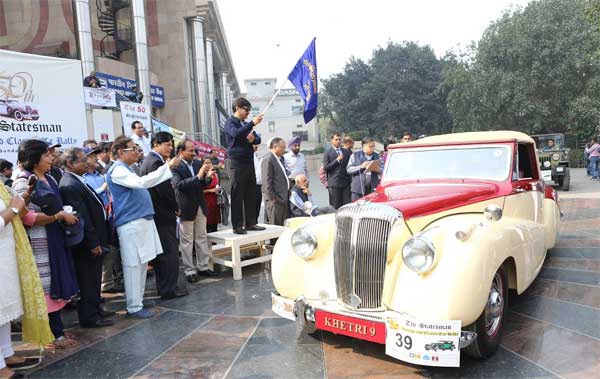 New Delhi: The 50th edition of The Statesman Vintage and Classic Car rally, flagged-off by  Dr.Anoop Kumar Mittal, CMD, NBCC; Air Chief Marshal, Arup Raha and other guests at the Statesman House, New Delhi on 28th February, 2016, saw more than 125 cars participating in the heritage Rally. There were nearly 43 winner trophies under various categories, including ‘NBCC Trophy’ for the Category “The Most Outstanding American Car”. It was a glittering event which finally concluded at National Stadium near India Gate, New Delhi. The Winners were given away awards at a function held at National Stadium in the afternoon. Buick 1938 owned by Mr. Diljeet Titus, won the ‘NBCC Trophy’ at Rally.