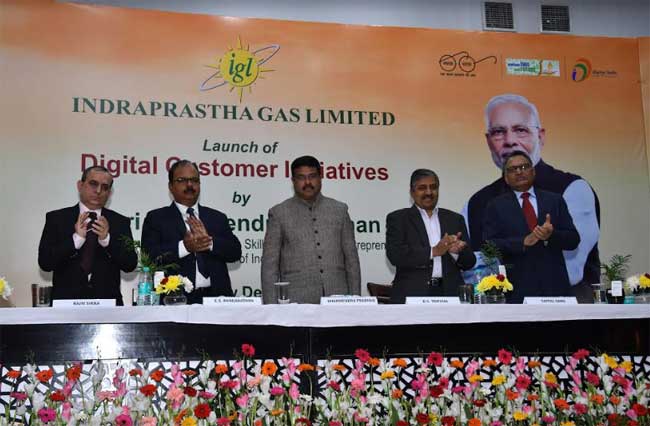 Talking about the country’s commitment at COP-21 to reduce the pollution levels, Shri Pradhan announced that Green corridors will soon be unveiled. He said that by February next year, CNG buses using Type-IV cylinders will be running between Delhi-Chandigarh, Delhi-Agra, Delhi- Haridwar, and  Delhi-Jaipur. He also talked about various initiatives to promote the production and use of Gas, including Ethanol blending, Bio-CNG etc which will improve country’s self-dependence, reduce import bill and clean environment.

Congratulating the IGL for its initiatives, Shri Pradhan said that the company had provided just 4.5 lakh PNG connections till 2014 since its inception, but since then, the growth has been really fast, and the magical figure of 1 million connection has been achieved in just over four and half years. He said the waiting time for PNG connections has drastically come down to an average of just one week, and people of NCR can now enjoy the clean, convenient and affordable fuel.  He said that this shows the sensitivity, responsiveness and sincerity of the company in rising to the demand, and it epitomizes the