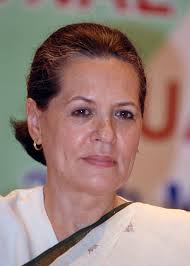 Congress was defeated badly in Haryana after so many years of ruling by BJP.How could the so called so strong party Congress lost in Haryana in its own strong fort .This shows the Modi wave is really creating an impact nationwide ,it has been long now Modi taking over as PM and after becoming Prime minister lot of activities has taken place for the betterment of the people of the nation.So it would be wrong to say that Modi wave has brought this victory forward in Haryana,there had been work also which has been executed by Modi Government after the win that people have analyzed in HARYANA and that might be the reason also people of Haryana voting for BJP.

Congress is losing charm on election fronts and is this loss due to a strong face on the leader post or what, that party president Sonia Gandhi and party Vice president Rahul Gandhi should analyze as if they don’t do that, party can no sooner attain the rank of minority party from a major party with small parties moving ahead .