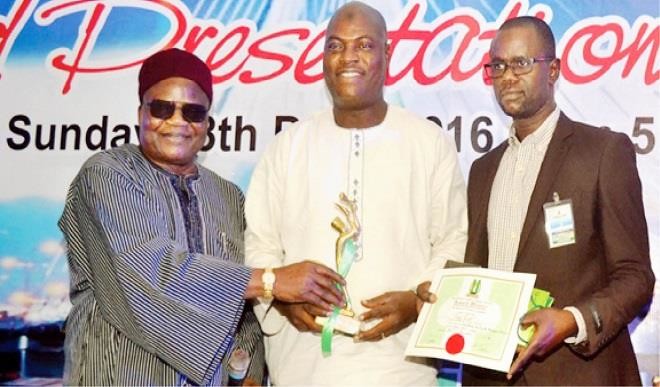 Daily Trust Newspaper, a publication of Media Trust Limited (which is also the publisher of Aminiya, Kilimanjaro and Teen Trust) has emerged winner of the 2016 Nigeria Media Merit Awards (NMMA).

This was even as the Newspaper’s Editor, Nasir Lawal Abubakar emerged winner of the Editor of the year category.

The award ceremony which was the 24th of its kind has Daily Trust emerging ahead of The Punch and The Nations Newspapers in the Newspaper of the year award category while Lawal won ahead of Martins Ayankola of The Punch to emerge Editor of the year.

Organisers applauded the innovativeness of Media Trust Ltd and applauded it for being a trailblazer in newspaper production and business in Abuja, the Federal Capital Territory.

Earlier, Chairman of panel of NMMA judges, Prof. Ralph Akinfeleye said a total of 894 entries from 656 entrants participated in this year edition of the annual awards.
Read more at http://www.dailytrust.com.ng/news/general/daily-trust-wins-2016-newspaper-of-the-year-award/176621.html#Obdq3bxCk4zDKSup.99