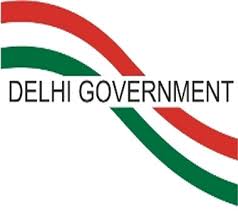 A large number of placement agencies are mushrooming private placement agencies operating in NCT of Delhi, which provide services of domestic workers in various households. There have been number of atrocities and cases of harassment and victimisation reported by the media and other sources.

In order to address these issues, the Delhi Labour Minister Shri Gopal Rai convened a meeting today which was attended by Ms. Swati Maliwal, Chairperson, Delhi Commission for Women along with other members of the Commission, Labour Commissioner and other senior officers of the department.

After detailed discussion and keeping in view the executive order dated 25.09.2014 issued by Labour Department on the directions of the Hon’ble High Court, which mandates statutory licence to be obtained by the private placement agency owner in addition to online registration under Delhi Shops & Establishment Act, 1954, it was directed by the Hon’ble Minister to notices to all private placement agencies for violating the provisions of the Executive Order.

The Labour Minister Shri Gopal Rai has also constituted a special Committee to suggest the welfare measures, including working conditions of Domestic Workers.  This Committee is headed by Smt. Vandana Kumari, Hon’ble Dy. Speaker Legislative Assembly and the Committee has members representing various NGOs working in domestic sector. The Committee has convened various meetings and has recommended various measures for welfare and betterment of working conditions of domestic workers in Delhi. Chairperson of Delhi Commission for Women shall also be convening special contact meetings with various forum of domestic workers in order to have first hand information about difficulties and problems faced by them.

Labour Department will draft a comprehensive Bill for Domestic workers and for regulating private placement agencies in Delhi after consulting various stake holders. The suggestions and inputs would be appropriately examined and considered and incorporated in a strong and comprehensive legislation which Delhi Govt. is very keen to bring out for the welfare of large number of domestic workers. The proposed new law shall include regulating the placement agencies and working conditions, mode of payment, welfare schemes, insurance, health, safety and education of children of domestic workers in a comprehensive manner.