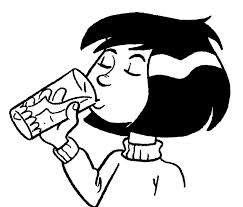 The Chandrawal Water Treatment Plant is the oldest plant constructed somewhere in 1936. The water from this plant is predominantly supplied to the walled city area and the NDMC etc. The project of construction of the new Water Treatment Plant and the rehabilitation of the entire infrastructure under its command area has been envisaged to improve the water supply of about 21 lakh people living in an area of 96 sq km in the heart of Delhi.
The main objective of the Delhi Water Supply Improvement Project (DWSIP) is to bring about equitable and continuous water supply to the residents in the command area of the Chandrawal Water Treatment Plant and it aim to deliver sufficient potable water at a minimum pressure of 12m, in conformity with national drinking water standards. In effect, this will benefit the customers by eliminating the need for booster pumps, household storage and costly water purification systems at home.
The new plant will be based on modern treatment technologies like advanced disinfection with ozonation and dual media filtration. It aims to address the problem of high ammonia, which causes the present plant to frequently shut down. The treatment process also targets the removal of unacceptable taste, odour, colour and organic pollutants, without producing harmful dis-infection by-products, in line with the International best practices. The ozonation technology, which replaces pre-chlorination, has been introduced for this purpose. The dual media filters, which will have a layer of activated carbon, polish the water to produce water of turbidity less than 1 NTU. The plant will be automated, with SCADA based controls, for optimized performance with manual intervention. The plant will include solar panels installed over the storage tanks for generation of renewable energy.
The packages 2-4 cover an area consisting of the 21 nos. reservoirs/ pumping stations, 42 km of large sized transmission mains and about 700 km of pipelines of the smaller sized distribution network. The transmission mains, which are generally more than 70 years old, will be replaced. The present gravity feed plus local boosting system will be replaced by centralized pumping in most of the command area, to conserve energy. Additionally, the distribution system will be rationalized, older pipes will be replaced/ rehabilitated and ferrule based house connections will be replaced by the modern saddle system. The distribution system will be parcelled into smaller, manageable areas called District Metered Areas(DMAs). The goal of all these initiatives is to reduce leakages and improve system pressure, reduce infiltration of contaminated water, so that people get safe drinking water in their homes on a continuous basis. Under the project, 650 km of pipes will be laid.
The Delhi Water Supply Improvement Project (DWSIP) will be implemented in four construction packages and is estimated to be completed by 2021.The command areas under this project broadly consists of the Old Delhi areas of Chandni Chowk, Pahari Dhiraj, Idgah, Civil Lines, Karol Bagh, Kamla Nagar, Malkganj, Rajinder Nagar, Shadipur, Patel Nagar, Naraina , North and West Delhi. including the bulk supply areas of the NDMC and the Cantonment area. The project consists of two packages. The Package-1 includes the design, construction, installation, testing, commissioning and automation with 2 years Defect Notification Period and 14 years Operation & Maintenance (O&M) of the Chandrawal Water Treatment Plant including upgradation and integration of part existing units and Central Water Management Centre. The project is expected to be completed by 2021. The functional efficiency of the plant will be considerably enhanced resulting into improved water services to the citizens of command areas.