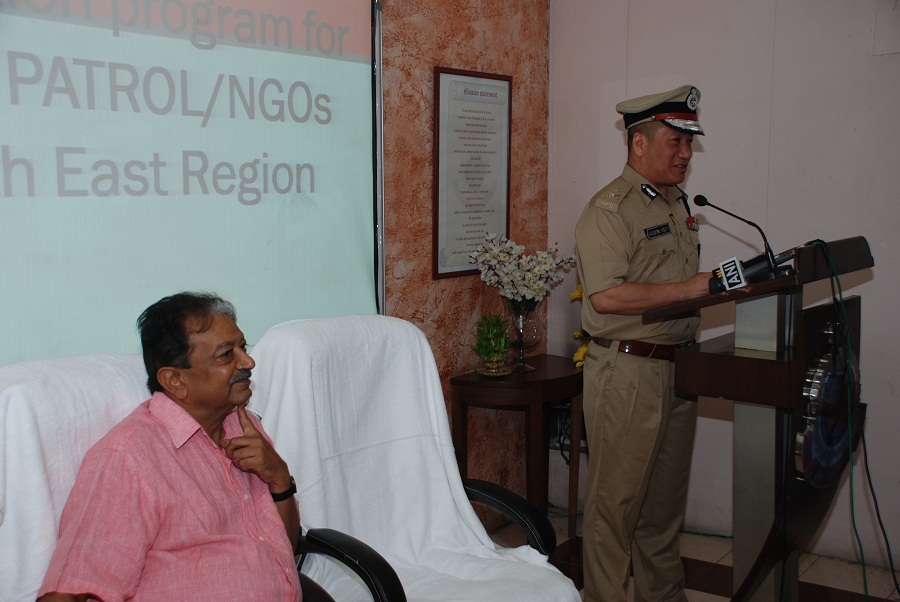 Delhi police has taken the following pro-active initiatives for the safety & security of the North-Eastern people:-
Standing Order No. 383/2014 has been issued based on ‘Zero Tolerance Policy’ for tackling problems faced by students and other residents from North Eastern states in Delhi and for ensuring prompt action.
Special Helpline No. 1093 has been introduced since
14th February, 2014.
Special Cell for North-Eastern residents has started functioning at Nanakpura, Delhi and 27 police personnel belonging to North-Eastern States have been posted in the Cell.
An officer of the rank of DCP hailing from North-Eastern States has been designated as Incharge of Special Police Unit for North-East Region, Nanakpura, Delhi.
An officer of the rank Joint CP/IGP rank has been appointed as Nodal Officer for North-Eastern States related issues.
44 representatives have also been appointed from the students and volunteers as Delhi Police representatives for North-Eastern States. They have been given training on how to assist the victims from North-Eastern States during the crisis.
The Data Bank on crimes against NE people at Delhi has already started from 14th February, 2014 by DCP/SPUNER
District Addl. CsP/DCsP have been appointed as Nodal Officers who regularly interact with NE people residing in their concerned Districts.
Constant liaison with student leaders, Employees associations, NGO’s & N.E. Media for safety of N.E. citizens with Delhi Police.
Monthly review meetings on action taken on North East youth related problems / complaints and further course of action.
Sensitization of policemen is being done regularly on issues related to safety and security of North-Eastern students/residents.
Meetings with some RWAs & market associations are being held & efforts are being made for meeting with Taxi, Auto associations and sensitize them about problems faced by North Eastern People.
Every case reported at Police Station is being registered without fail, FIR lodged and a copy given to the complainants in addition to an entry made in the Station House Diary whenever racial complaints are brought. The case or cases may be later transferred to the jurisdictional police station if necessary.
All ACsP and SHOs of Districts have been directed to brief their staff not to forcibly try to effect compromise between the parties involved in such cases. If any compromise takes place, that should be subject to the own free will of the parties involved.
Investigation of cases relating to Atrocity on SC/ST is already done by a Gazetted officer. Besides it, all cases of sensitive nature are monitored by the DCsP.
Facebook Page – “Delhi Police for North East Folks” has been launched on 9th May, 2014 which has been visited by more than 41 Lakh people till
18-09-2015.
122 volunteers from North Eastern States residing in Delhi have been shortlisted for PCR patrolling duty and for further familiarization with police working under the “Yuva Prahari Scheme”
As and when any case is reported, Delhi Police promptly registers an FIR. Moreover, Delhi Police Nodal Officer for North-Eatern residents has been co-opted as one of the members of the Committee setup by the MHA vide Order No. 11012/110/2012-NE-IV MHA (North-East Division) dated 05/02/2014 under the Chairmanship of Sh. M.P. Bezbaruah, IAS (Retd.) to:-
Examine various concerns including security and discrimination in respect of the persons hailing from the North-Eastern States.
Suggest measures to be taken by the Government to address these concerns.
Suggest legal remedies to address these concerns.
XIX. The matter of recruitment/exchange of North East people is being processed at PHQ level however, a latest report received from the Addl. DCP/Establishment is sent herewith.
Besides, proposal for creation of 370 posts of various ranks in Delhi Police setting up “Special Unit for North Eastern Citizen” has been sent by PHQ to Under Secretary (DP), Govt. of India, MHA, North Block, New Delhi, vide no. 2736-37/ESTT (AC Units)/PHQ dated 05-03-2015.
XX. Apart from the above efforts, following information is available for the help of North East people in trouble at Delhi on the Facebook Page:-
Dial 1093 (NE Helpline)
North East Special Unit -011-24104568
DCP North East Special Unit – 8750870582 (daytime)
Night DCP Emergency Officer – 8750870099
Not Satisfied? Send SMS/Whatsapp to JT.C.P/ Nodal Officer at
(M) 9810083486
Email ID of JT.C.P/Nodal Officer- robinhibu@gmail.com,
Facebook Page – “Delhi Police for North East Folks”.