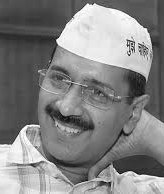 New Delhi: Delhi Chief Minister  Arvind Kejriwal today accused Prime Minister  Narendra Modi of “blocking” AAP government’s development even as he mockingly said that all 67 party MLAs were ready to work from inside Tihar jail, in an apparent reference to the arrest of three lawmakers in various cases.

“In six months they have arrested three of our MLAs. But we have 64 more MLAs and at this pace they won’t be able to arrest all of us even in 10 years. Delhi Police is after our MLAs, it has no time for people’s security. I have told them, all of us will surrender and work from Tihar,” he said.

Kejriwal, who has been relentless in targeting the Prime Minister politically over the last few months, was addressing an event organised to launch work for the upgrade of Burari hospital’s from 200 beds to 800 beds, as planned earlier.

Referring to the tussle pertaining to authority over the government’s Anti-Corruption Branch (ACB), he alleged Modi had “captured” it using paramilitary officers on June 8.

Since then, AAP’s fight against graft has come to an abrupt end, he said.

“BJP, whom you had given three seats, is after taking revenge. They spend 24-hour a day thinking how to stall our work. In our fight against corruption we had arrested more than 50 officers till June 8.

“But on that day Modi sent paramilitary forces and captured our ACB. In the last two months, there has not been a single arrest. Either let us work or you work. Take the ACB from us but do something Modiji,” Kejriwal said.Courtesy: Agencies (PTI)