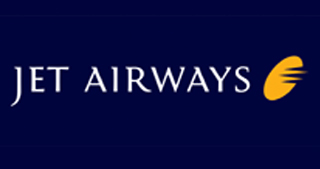 New Delhi, Sep 5  Jet Airways raised fares by up to 25 percent with immediate effect due to a sharp increase in the air turbine fuel (ATF) price and a depreciating rupee.

“We have increased fares up to 25 percent. This has been done to offset the recent hike in fuel cost,” a source in the airline told.

The three state-owned oil marketing companies which revise jet fuel prices on the first day of every month, hiked fuel prices by 6.9 percent for purchases from Sep 1. This was the fourth hike since June due to the fall in rupee value.

Recently SpiceJet increased fares by 25 percent. Other airlines like Air India are also monitoring the situation closely and may opt for a hike.

“There are multiple factors at play in this significant increase in airfares, ranging between 15-25 percent, across sectors,” said Sharat Dhall, president, Yatra.com.

“The effect of the depreciating rupee, the hike in the aviation turbine fuel prices, significant pre-bookings via promotions, have all led to a sudden rise in the airfares this time,” said Dhall.

Fuel prices comprise about 50 percent of the operating costs of airlines in India and have dented the sector as major airlines bleed under the high state sales tax regime.

Currently, ATF sold in the country is nearly 50-60 percent costlier than in overseas markets like Bangkok, Singapore or Dubai as an additional 4-34 percent state sales tax hikes the prices.