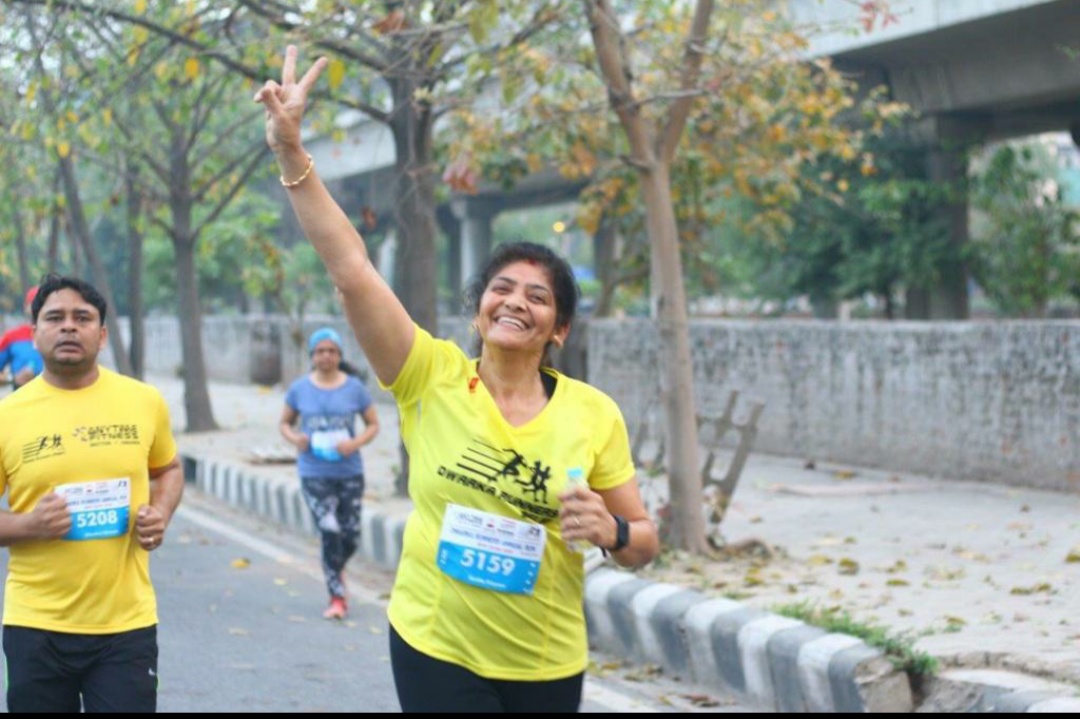 Running is considered one of the
best way to keep fit. And there is no
age to start running. Enthusiastic
runners of the sub city once again
demonstrated their love for fitness
at the recently concluded Annual
run on April 7. Organised by the
Dwarka Runners (Regd) which is a
group of running enthusiasts with a
vision to promote healthy living in
the society via running.

This run was the inaugural edition of Bhag
Dwarka Bhag event. There were 3 distance race categories 3 km, 5 km and 10 km. The race was flagged off from Sector 11 District park at 6 am. Says Ajay Kqpoor, President and Sushil Kumar,Secretary, Dwarka Runners one of the organisers “.

We are a bunch of running enthusiasts, who have come together with an aim to remain fit
with fun. This is the first time our running group is organizing event. We are surprised that we got quite an overwhelming response.
Looking at the response we will surely organize more such Zumba.

This was followed by run and first 10 km run was flagged off followed by 5 kms run and then 3 kms run. One could see children of
all ages running with full zeal.

There were many first timers too Monika Sharma and Neetu Prashar who
said, “We are participating for the first time in
such Marathon. This is a well
organised event and we are surprised
to see so many participants out in
the park early in the morning. I look
forward to many more races in
future and I will definitely
participate again.” The run had
Anytime Fitness, Sector 7 as the
Title sponsor, and was co-sponsored
by The Indian Heights School,