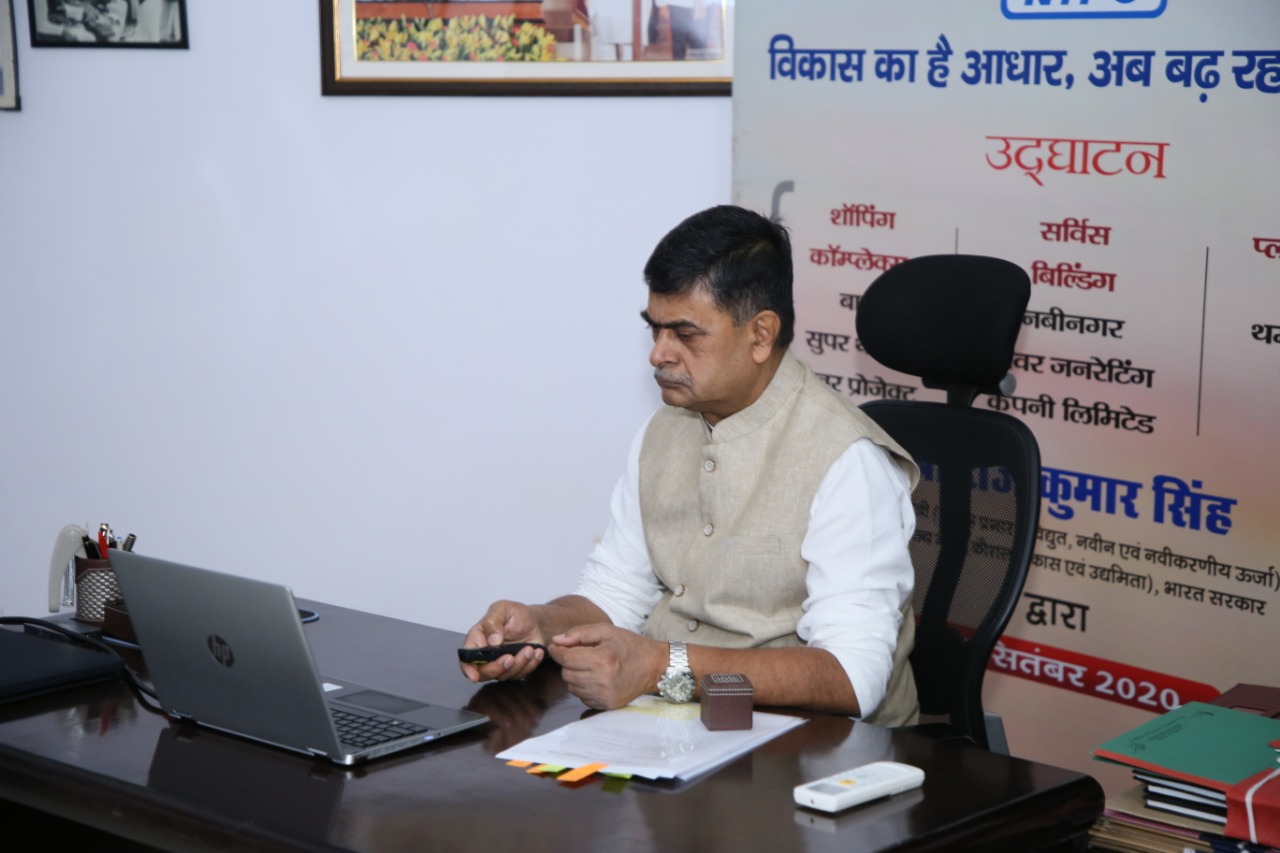 New Delhi, 16th September 2020: Hon’ble Minister of State (Independent Charge) for Power, New and Renewable Energy and Minister of State for Skill Development and Entrepreneurship, Government of India, Shri R.K. Singh today said that the government is aiming to harness electricity for cooking in a big way as it will provide the poor strata of the society a cheaper option for their day to day requirement, move the nation towards self-reliance and make it independent from imports.

“Electricity is the future of India and most of its infrastructure will be powered by electricity. The Government has envisaged Power Foundation to be formed at the Ministry’s level, including cooking to completely run on electricity, which will allow our economy to be self-reliant and give us independence from imports. This government is for the poor and this move will help the poor strata of the society by giving them access to cheaper medium of cooking,” Shri Singh said.

Speaking from New Delhi, the Power Minister rolled out the vision for the government while inaugurating a Service Building at NPGCL, Nabinagar, a Shopping Complex developed by NTPC for the people of Barh and the Main Plant Canteen inside NTPC Barauni for convenience of NTPC employees and associates. The minister added that the delivery of various other pro poor measures like PM Awas Yojna and Har Ghar Bijlee, were accelerated during the lockdown by Hon PM Shri Narendra Modi.

Shri Singh also praised the various initiatives of NTPC that show the power producer’s unflinching commitment to the nation and its economic growth.

“In the past years, work done by NTPC has been acknowledged across the country. NTPC Family is recognised for its professionalism and efficiency and have set an example for not just the state of Bihar but also for the country. Questions have always been raised on the performance of PSUs, but looking at the performance of NTPC and other Power PSUs, it is clear that they are even better than the private players and have consistently made progress and profit. I thank NTPC for being a partner in the progress for the state of Bihar as well as other states towards nation building.”

Shri R.K. Singh further said, “The expansion of NTPC will continue and it will keep setting benchmarks in professionalism, efficiency and being an ideal employer, professionalism and efficiency.”

He lauded the work done by NTPC for ensuring round the clock power supply during the lockdown. He added that fixed charges for DISCOMs were deferred and a rebate on cost was also given to states by India’s largest power producer during the lockdown period. He pointed out that that it is because of NTPC’s professional conduct and commitment to the nation that the ‘cream of the country’ from the IITs and the NITs want to work for such an ideal company.

Speaking during the inauguration function, Shri Gurdeep Singh, CMD, NTPC said, “Under the guidance of Shri R K Singh, NTPC is taking every possible step to shift towards electricity based cooking and we are confident of replicating it across the nation.” He further said, “During the lockdown phase, NTPC ensured that not just the employees, but even the contract labourers were paid on time through the professionally managed system of the company along with food, shelter and medical facilities. We also ensured that the country received uninterrupted power supply during the lockdown phase.” He also added that, “NTPC has 3800 MW of project under construction in Bihar and will keep on contributing to the progress of the state.”

The construction of new facilities and infrastructure is aimed at providing necessary services to the workers and associates of NTPC and improve the living standard for the people around plant area in the state of Bihar.

The inauguration ceremony was graced by senior officials from Ministry of Power, Bihar Administration, Directors and Officials of NTPC, Eastern Region Headquarters, Barh, Nabinagar and Barauni.

During the inauguration ceremony, films on Service Building at NPGCL Nabinagar, Shopping Complex in Barh and Main Plant Canteen at NTPC Barauni was shown to stakeholders present on the occasion.

With a total installed capacity of 62.9 GW, NTPC Group has 70 Power stations comprising of 24 Coal, 7 combined cycle Gas/Liquid Fuel, 1 Hydro, 13 Renewables along with 25 Subsidiary & JV Power Stations. The group has over 20 GW of capacity under construction, of which 5GW comprises of renewable energy.