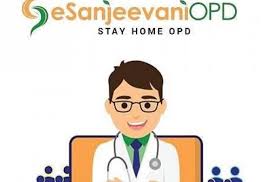 Around 1.25 million patients benefitted from the National Telemedicine Service in last 30 days with over 50K daily consultations in last 2 weeks

Union Health Ministry’s National Telemedicine Service – eSanjeevani has crossed another milestone by completing 7 million (70 lakh) consultations. Patients consult with doctors and specialists on a daily basis using this innovative digital medium to seek Health services. In another significant milestone, in June it served around 12.5 lakh patients, which is the highest since the services were launched last year in March.

Currently, the National Telemedicine Service is operational in 31 States/Union Territories.

eSanjeevaniAB-HWC – the doctor-to-doctor telemedicine platform has been implemented at around 21,000 Health and Wellness Centres as spokes and over 1900 hubs, which are located in District Hospitals and Medical Colleges in around 30 States. The doctor-to-doctor telemedicine platform has served over 32 lakh patients. The Ministry of Defence too has hosted a National OPD on eSanjeevaniOPD, where over 100 veteran doctors and specialists – roped in by the Ministry of Defence, serve patients across the country.

In April last year, soon after the first National lockdown, the Union Ministry of Health and Family Welfare launched eSanjeevaniOPD, owing to the ranging pandemic. eSanjeevaniOPD is a patient-to-doctor telemedicine platform and provisions health services to the public in the confines of their homes. 420 OnlineOPDs are hosted on eSanjeevaniOPD and the platform hosts speciality and super-speciality OPDs, as well many of these speciality and super-specialty OPDs are being managed by premium hospitals like AIIMS in 5 States (Himachal Pradesh, Punjab, Telangana, West Bengal, Uttarakhand), King George Medical University in Lucknow etc. From past 2 weeks over 50,000 patients have been utilising eSanjeevani services and around 2000 doctors practice telemedicine on daily basis.

The Union Ministry of Health and Family Welfare is consistently working towards increasing the reach of this state-of-the-art National Telemedicine Service. Last month, the Union Ministry of Health and Family Welfare with the Ministry of Electronics & IT and C-DAC in Mohali had enabled the provision of accessing eSanjeevani services through 3.75 Common Service Centres across the country free of cost, for those on the other side of the digital health divide. On the 1st of July 2021, the eSanjeevani was commended by the Prime Minister during the 6th Anniversary of Digital India initiatives. The Prime Minister had virtually interacted with a beneficiary from East Champaran in Bihar who has been seeking eSanjeevani’s speciality services through its geriatrics and mental health onlineOPD run by KGMC, Lucknow, for her ailing grandmother.

People in many states have been quick to recognise the benefits of eSanjeevani and this has led to an encouraging trend of widespread rapid adoption of this digital modality of seeking Health services. It has led to massive improvement in access to specialised health services, particularly in rural areas. Further, this Service has come in handy for the patients in urban areas as well, especially during the second wave of the ongoing pandemic that has burdened the Healthcare services delivery system in the country.

In a short span of time, Govt. of India’s National Telemedicine Service has started aiding the Indian healthcare delivery system by plugging the digital health divide that exists in urban and rural India. It is also addressing the shortage of doctors and specialists at ground level while reducing the burden on secondary and tertiary level hospitals. In line with the National Digital Health Mission, eSanjeevani is also boosting the digital health ecosystem in the country.