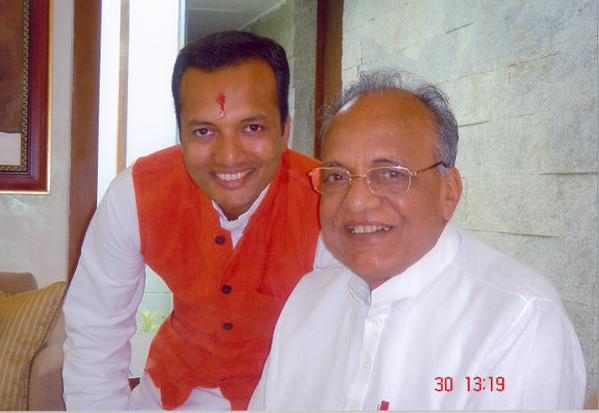 “Even after a decade of your leaving we miss you daddy. Wish you a very happy b’day daddy”.(@MPNaveenJindal):

Om Prakash Jindal (7 August 1930 – 31 March 2005), popularly known as O.P. Jindal, was born inHisar ,Haryana . He established a successful business enterprise Jindal Steel and Power  under the flagship of the Jindal Organization, of which he was the chairman. In November 2004, Jindal was awarded the prestigious “Life Time Achievement Award” for his outstanding contribution to the Indian Steel Industry by the Bengal Chamber of Commerce and Industry . According to the latest Forbes List, he was ranked 13th amongst the richest Indians and placed 548th amongst the richest persons of the world.

Jindal was appointed Minister of Power in the Government of Haryana. He won the Hisar Legislative Assembly seat of Haryana three times consecutively. He was also a Member of the Committee on Food, Civil Supplies and Public Distribution from 1996 to 1997.

Jindal was elected to the Haryana Vidhan Sabha (the Haryana state government) in February 2005, and was the Minister of Power in the Government of Haryana at the time of his death. He was the Chairman of the N.C. Jindal Charitable Trust; Patron and Trustee of Agroha Vikas Trust and Agroha Medical College.