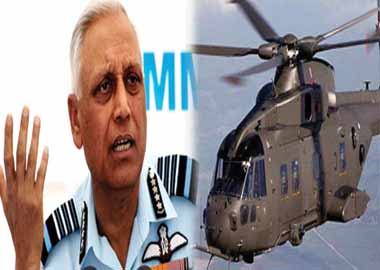 Former Indian Air Force chief SP Tyagi has been arrested by the CBI on charges of corruption in the Rs 3600-crore AgustaWestland helicopters deal case.Delhi-based lawyer Gautam Khaitan and middleman Sanjeev Tyagi alias Julie Tyagi have also been arrested by the central probe agency.
The former air chief has been accused of abusing his official position by corrupt means. This is the first high-profile arrest made by acting CBI chief Rakesh Asthana, who is in the headlines because of a row between the government and the opposition over his appointment a week ago. Mr Asthana was given charge of the chopper deal investigation earlier this year.