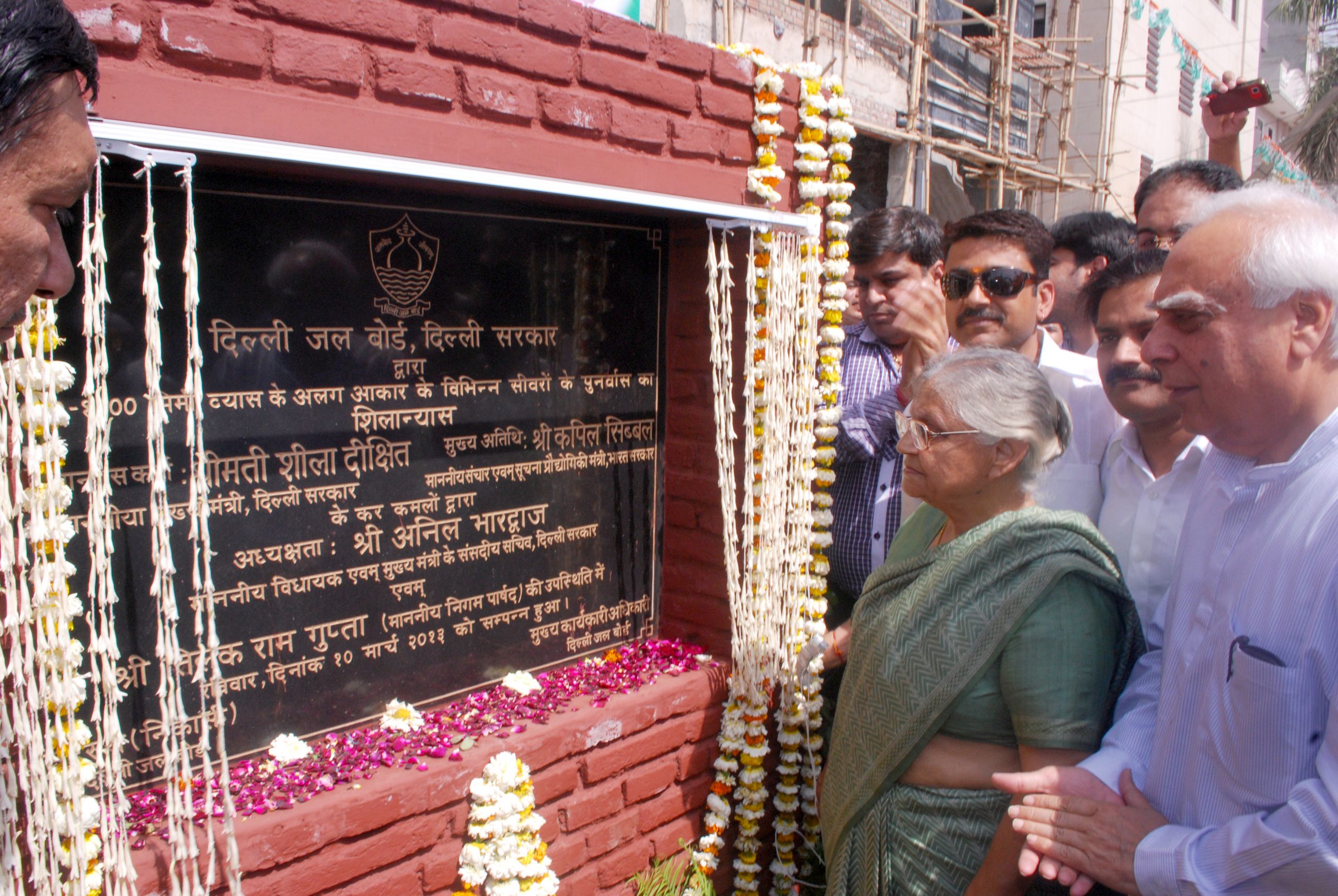 Speaking on the occasion, CM said, “In line with our efforts to make Delhi a world class city, DJB has prepared the Sewerage Master Plan 2031. This will significantly reduce the level of sewerage pollution in the river Yamuna to make the life of people better. This Sewer lines project is a stepping stone in this direction and it will provide proper sewerage facilities to the three lac people of the area”.

The trunk sewer has already been rehabilitated. The peripheral   sewer lines were  laid by DDA about 25 years ago. The sewer lines are silted up and badly damaged. Therefore, a scheme for rehabilitation of 450-1200 dia meter sewer lines has been undertaken at a cost of Rs. 44,29,90,000/- approx. The project is likely to be completed in the year 2014.

The implementation of the project will ensure smooth discharge of sewage generated in the command area to the 54 MGD Haiderpuri SPS and ultimately to the 40 MGD Rithala Waste Water Treatment Plant for its treatment, eliminate unhygienic conditions in the area and reduce pollution in the river Yamuna. The existing trolleys engaged for pumping of sewage into the drain will be removed, thus saving cost and pollution in the open drain. About 3 lac people of the command area will be benefited.