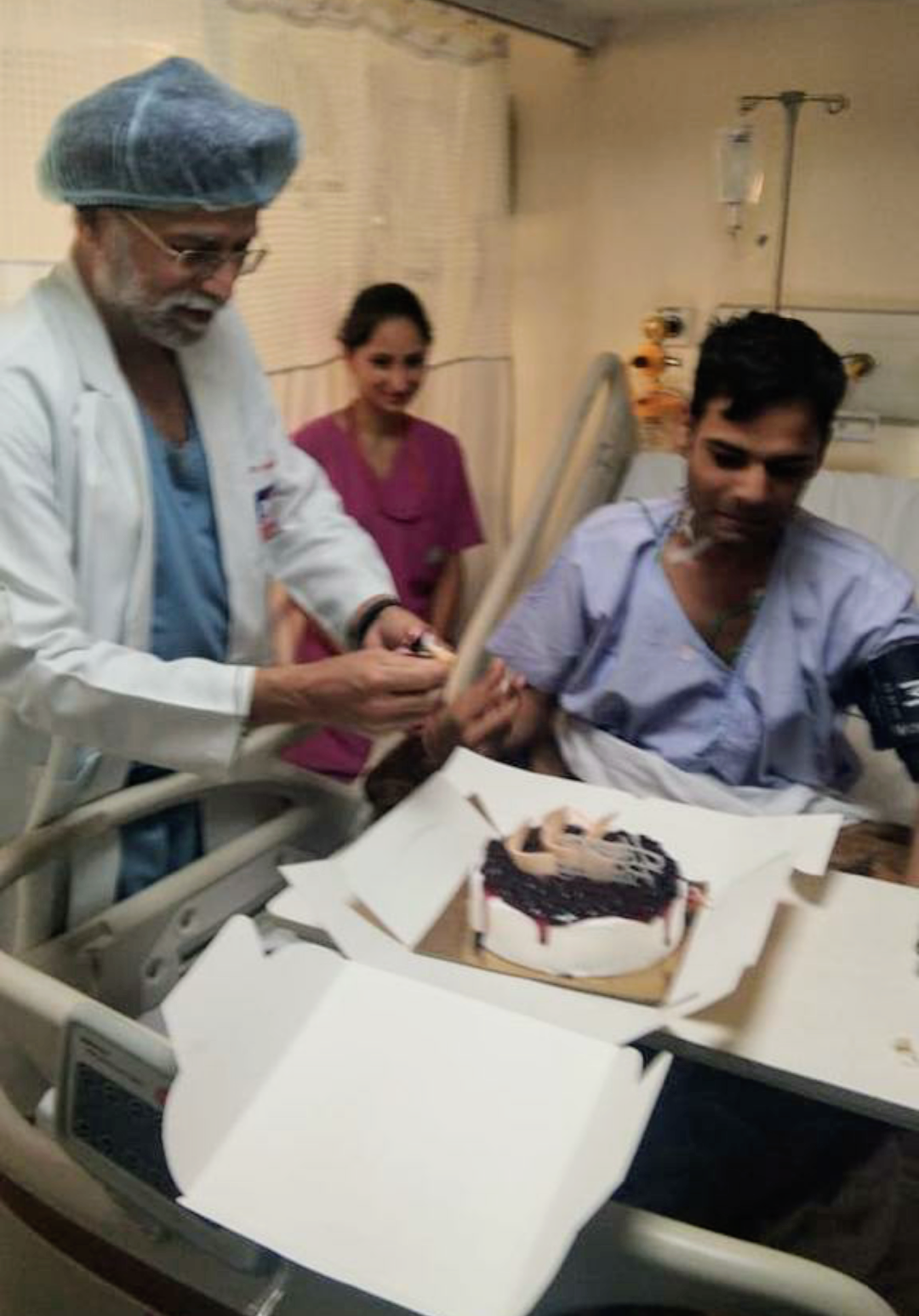 A team of doctors from institute of Vascular and Endovascular Sciences, Sir Ganga Ram Hospital, recently performed a complex surgery on a 30 yrs old male in whose stomach the main aorta (artery) has swollen to
Digi size of 20 cms normal size is 17 – 16 mm. t was like a huge baloon filled with blood which could burst any time and prove fatal. The very high risk operation was subsequently carried out by Dr. B S Bedi and team which lasted for 4 hours and the ife of patient was saved

According to Dr. V.S. Bedi, Chairman, Institute of Vascular And Endovascular Sciences, Sir Ganga Ram Hospital, “We believe this case represents one of the large AAAS in the literature and demonstrates the feasible approach for successful open repair. We were surprised to see this kind of large aneurysm in a 30 year old person as we see this kind of disease in 60-70 years ago bracket commonly

A 30 year old male presented to SGRH with a history of suddenly enlarging abdominal lump sociated with unrelenting pain in the right flank which was diagnosed as a lage (20cm diameter) abdominal aortic aneurysm with contained leakage of blood from a local rupture site. The patient had consulted doctors
outside hospitals for its surgical treatment but was told that the surgery would entail prohibitive risk life of the patient given the magnitude of the disease and sire of the aneurysm.

The patient was subsequently admitted in high dependency unit of Institute of Vascular And Endovascular Sciences, Sir Ganga Ram Hospital under care of the unit head. Dr. V.S Bedi and his toam Monitored high dependency Intensive care was administered to the patient preoperatively in order to render him fit for the
upcoming perilous surgical undertaking which was carried out on the 17th of June 2019 in the newly built of the a hybrid vascular Cath lab.

The surgery of aneurysm was preceded by a diagnostic angiogram which demonstrated the large intrarenal (below the sidney arteries) abdominal aortic aneurysm. The very high risk operation was subsequently carried out by Dr Bedi and team which lasted for 4 hours during which the aneurysm was meticulously
opened under control and blood flow was restored with the help of vascular graft. During the surgery almost

one litre two kidney trays of blood cios was removed which left a huge cavity in the sac The joneses and complex perioperative hemodynamic changes during surgery were adeptly managed by Dr. K K Narani and team from desment of anesthesia, SGRH. This ensure complete stability and safety of the patient throughout the otherwise hazardous procedure.
On completion of surgery, the patient was shited to postoperative ICU where he was extubated on following day her which he resumed normal body functions eating, walking and sleeping without pain
in a span of only two days. The patient eventually was shifted out of ICU on the third postoperative day in a stable condition
It is worth noting that aneurysms of these dimensions are rely encountered in young patients such as this one. The Institute of Vascular And Endovascular Sciences, SGRH has a considerable surgical experience
involving abdominal aortic aneurysms where even difficult cases have been managed with team effort. The patient are being given a new lease of life happy celebrated his birthday by cutting a cake with vascular