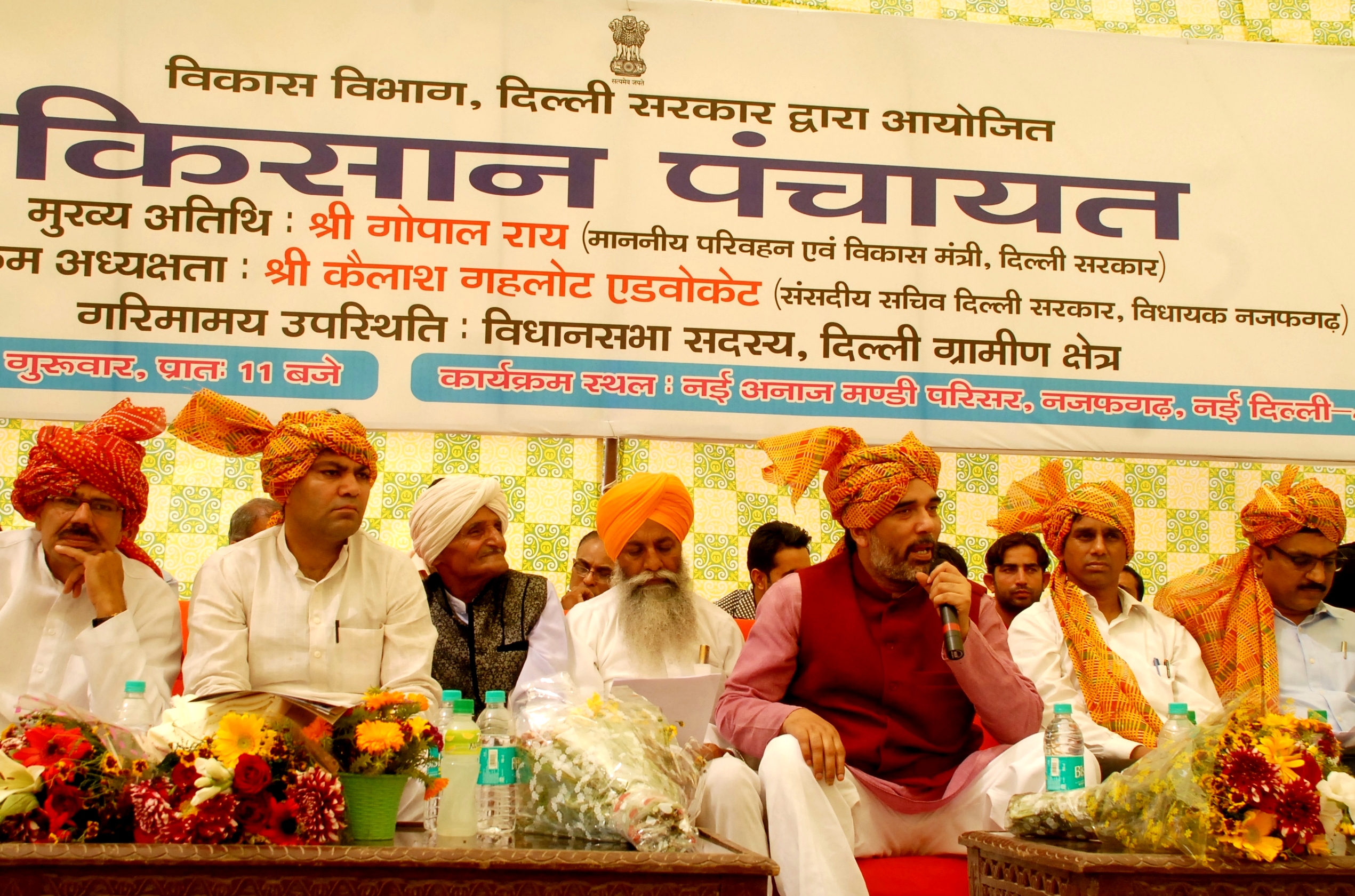 While chairing the meeting, the Delhi Development Minister Shri Gopal Rai said that the Government would examine all the suggestions received from the farmers sympathetically before the finalization of Budget of the Government of NCT of Delhi. The farmers also gave their suggestions to the Government officials. The MLA’s from rural Delhi were also present in the Kisan Panchayat.

A large number of farmers from Narela, Alipur, Mehrauli and farmers representing the various co-operative societies participated in the Panchayat.  The Swaminathan Committee report related to providing guaranteed income to the farmers was discussed in details. In the Panchayat, the government requested the farmers to provide the details of cost of cultivation for paddy, wheat and other cash crops.