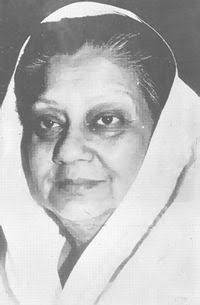 Current News
September 28, 2018 sarkarimirror Government to celebrate birth anniversary of Vijaya Raje Scindia, Gwalior news, Gwalior rajmata, Gwalior rajmata birth anniversary, Gwalior rajmata birth anniversary celebration, gwalior royal clan, Gwalior upcoming government events, Latest events to take place in gwalior, RAJASTHAN CM, RAJE, Rajmata of gwalior, SCINDIA, Scindia government, Vijaya raje scindia, Who is gwalior rajmata
The government will celebrate the birth centenary of Vijaya Raje Scindia, the Rajmata of Gwalior, from October 11, 2018 to October 11, 2019, a statement from the Culture Ministry said Thursday. The 12-member National Implementation Committee (NIC) headed by Home Minister Rajnath Singh will chalk out programmes and activities for the year-long celebrations. A commemorative coin of Rs 100 denomination and commemorative postage stamp is proposed to be released in her honour during the period, it said. Other activities which may be taken up are seminars, lectures, publications and programmes focused on women empowerment, the statement said. Vijaya Raje Scindia, popularly known as Rajmata of Gwalior in Madhya Pradesh, which goes to polls later this year, was born on October 11, 1919 at Sagar in Madhya Pradesh and passed away on 25 January, 2001.
After completing her education, she was inspired by the freedom movement and joined the struggle for independence. “In post-Independence India, education for girls entered a new phase. It was to meet this need for an all-round Indian education stressing on Indian values, religions and culture that she worked for education of girls and women,” the statement said. She was a Member of Parliament for many years between 1957 and 1998 and she also wrote two books. Days earlier, a 205.5 km new rail line connecting Budni to Indore (Mangaliyagaon) in the state at a cost of Rs 3261.82 crore was also approved by the Cabinet Committee on Economic Affairs.
Courtesy:PTI