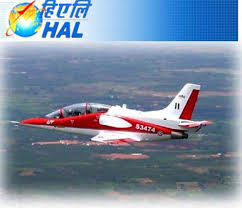 “We have manufactured and supplied the first of the four ship-sets for which we received an export order four months ago,” HAL chairman and managing director T. Suvarna Raju said in a statement here.

The aero structures are being produced at the company’s transport aircraft facility in Kanpur in Uttar Pradesh.

HAL, however, did not disclose the export order value in the statement.

HAL has been manufacturing the twin-turboprop utility Dornier (Do-228) for defence services and civil operations under production licence since 1983.

Ruag has been sourcing fuselage, wings and tail from HAL for Dornier’s new generation aircraft (Do-228-212 NG) and assembling them at its other facility near Germany’s Munich.

“We are exploring cost reduction to make Dornier viable for more exports and civil operations in the sub-continent,” said Raju.

HAL has rolled out 120 Dorniers for the Indian Air Force, Indian Navy and Coast Guard over the last three decades.

The company also exported an unspecified number of the aircraft to Indian Ocean island nations of Mauritius and Seychelles.

“We plan to upgrade the multi-role aircraft and operate two civil variant from our airport at Nashik in Maharashtra,” said Raju.

The company also has the Indian civil aviation regulator approval to make the Dornier’s civil variant for airlines to use on feeder routes.