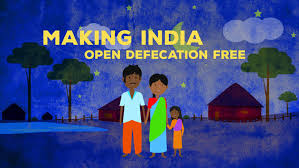 Under the Swachh Bharat Mission Gramin (SBM-G), rural Uttarakhand and rural Haryana have declared themselves as the 4th and 5th Open Defecation Free (ODF) States of India. The two today joined the league of Sikkim, Himachal Pradesh and Kerala, which were the first three states to be declared ODF. Nationally, the sanitation coverage has increased from 42% to over 64% in just two and a half years since the launch of SBM.

Uttarakhand has 13 districts, 95 blocks, 7256 gram panchayats and 15751 villages while Haryana has 21 districts, 124 blocks, and 6083 gram panchayats – all of which have declared themselves as ODF in formal declarations in Dehradun and Chandigarh, respectively.

Speaking at the event in Dehradun, Shri Narendra Singh Tomar, Union Minister, Ministry of Drinking Water and Sanitation said, “On 2nd October 2014, Prime Minister, Shri Narendra Modi, started the Swachh Bharat Mission. Today, it has become a true people’s movement. People of Uttarakhand and Haryana, the government officials and representatives of other institutions have contributed towards this milestone.”

Commenting on Uttarakhand achieving this milestone, the Chief Minister of Uttarakhand, Shri Trivendra Singh Rawat, said “Collaborative community participation has led Uttarakhand to achieve this ODF status. The Prime Minister’s call for a Swachh Bharat has resulted in this special achievement. I would like to laud the role of the gram pradhans in making Uttarakhand ODF.”

Congratulating the newly declared ODF States, Shri Parameswaran Iyer, Secretary, Ministry of Drinking Water and Sanitation said, “Following the tremendous progress being made in ODF declaration across the country, the next step for Swachh Bharat Gramin will be to focus on sustaining this ODF status and systematic solid and liquid waste management in rural India.”

With the total number of ODF States now rising to 5, more than 2 Lakh villages and 147 districts have also been declared ODF across the country.